Sullivan Solar Power Gets Celebrity Status in Its Google Glasses 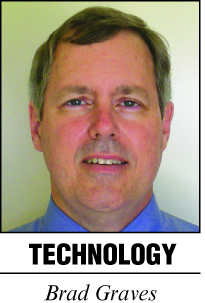 Sullivan Solar Power has benefited from being one of the first companies to use Google Inc.’s wearable computer, Google Glass, in a business setting.

The company is using the standard programs loaded on Google Glass, and has developed some specialized software for solar panel technicians to use in the field. It might be a little early to say whether the company has come out ahead financially.

However, Sullivan Solar is reaping a side benefit. The company’s experiment has gotten a heck of a lot of publicity. The rollout has given the San Diego business statewide and even national exposure. AdWeek, Forbes, Wired, at least one CBS television affiliate, and smaller, specialized publications have featured the local company in reports during December and January.

When technicians take Google Glass out into the field, they can use the device’s live streaming video function to consult with technical staff back at the office. Every solar-power system is a custom, one-off installation, Chagala explained, so it’s possible for technicians to run into a situation that they are not accustomed to.

Sullivan Solar Power added an inventory function to its Google Glasses, letting the technician see any or all of the electrical components used over the years, Chagala said.

Ready to Wear: Google Glass was one of the topics of a panel discussion presented last week by TIE, or the Indus Entrepreneurs, a technology focused networking group.

The room at the Janssen Research & Development LLC had a greater-than-usual number of people wearing Google Glasses, including moderator Anil Kripalani. The topic of the Jan. 21 meeting was “Wearable Communications: Massive Entrepreneur Opportunity or Passing Fad?” Panelists shared thoughts about Qualcomm Inc.’s Toq and other smart watches, as well as wrist-worn fitness bands, and contact lenses with chips that measure the blood sugar in the wearer’s tears.

The verdict? Inventions such as Google Glass may turn into the new iPhone. “The smartphone,” said Kripalani, “may not be the center of the world.” One panelist said there may one day be “competition for real estate on your body.”

No Longer Lost: Poway-based General Atomics Aeronautical Systems Inc. recently disclosed that its Predator-series aircraft helped authorities with search and rescue missions in two parts of the world. In October, more than one of the remotely piloted aircraft based at Holloman Air Force Base in New Mexico helped narrow the search for a mountain biker who had not returned from a trip to the nearby Lincoln National Forest. He was eventually found. Also since October, authorities in Italy have used their Predator and Reaper aircraft in rescue efforts at sea.