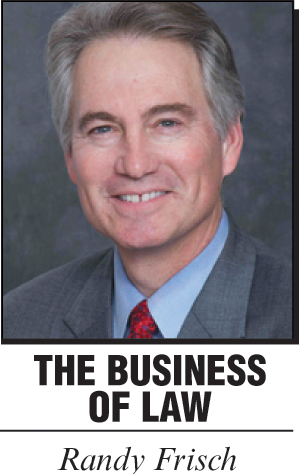 You already know that SullivanHill Lewin Rez & Engel has partnered with Washington Elementary School to provide fourth- and fifth-graders an inside view of the legal profession. At least now you do. Recently, the civic-minded firm took some of the kids to see “Figaro,” perhaps as an attempt to bring out the inner litigator in each of them. Here’s some of the feedback: “These events expose them to an art and music that they have had few opportunities to see and hear … it also gives them the message that they are part of our greater community and one day they can share the opera with their own children,” said one chaperon. Attorney Olga Alvarez was there greeting the students, who attend the Title I school in Little Italy, which is the oldest elementary school in downtown San Diego, with more than 87 percent of its students qualifying for subsidized lunches. Partner John Engel arranged for the tickets. Managing Partner Madeline Cahill-Boley and attorney Jennifer Chang helped pre-event arrangements.

Gordon & Rees LLP is doing good, too. The office has adopted schools through Educational Enrichment Systems Inc., a nonprofit child-development organization that provides early education programs to families at more than 20 school sites throughout San Diego County. Partners Rich Clampitt and Ken Perri are involved as directors at EES. Last year, the firm adopted the David and Jillian Gilmour Early Education Campus in Vista — 96 children between the ages of 3 and 5. The office supplied a toy to every child at the school. This year, the office has adopted 98 students at the same school. Jennifer Howe and other staff at Gordon & Rees have dedicated many hours to acquiring and delivering the toys to the adopted school.

Just in time for Christmas, attorney Stephen Lobbin of The Eclipse Group scored a big patent litigation victory for client ToyQuest, a Los Angeles toy and interactive play company. The non-infringement ruling, granted on a summary judgment motion against plaintiff, Worldslide LLC, rested on four separate grounds, which meant that ToyQuest won the case on any one of the seven separate grounds, according to the court. “The Eclipse Group provides successful and efficient representation to our clients with ‘big-firm’ talent at ‘small-firm’ rates,” said Lobbin.

Higgs Fletcher & Mack now has 70 attorneys working for the firm. Geoffrey Thorne passed the California bar exam last month and officially moved from law clerk to associate. His practice will concentrate in the areas of business litigation, tort and insurance defense. Prior to joining Higgs, Thorne served as a judicial extern to the Honorable Jeffrey B. Barton at the San Diego Superior Court and as a clinical intern at the East Bay Community Law Center. In more Higgs news, the firm had to expand to hold all its growing ranks of lawyers. The expansion added approximately 3,000 square feet on the 25th floor of the Columbia Center building downtown. The addition includes seven attorney offices, one conference room, three secretarial stations, and a paralegal office. Higgs has undergone a number of recent changes including an entire rebranding and an extension of its practice areas to include the formation of the Environmental Law and the Hotel, Restaurant and Tourism practice groups.

Procopio, Cory, Hargreaves & Savitch LLP now has more than 130 attorneys to its name, adding five new attorneys to its Silicon Valley office. Leading the group is Miku H. Mehta, a partner on the intellectual property team. Mehta is accompanied by Francis G. Plati Sr., who is joining the firm as senior counsel, and Louis Diep, Ernest Huang, and Michael C. Jones, who are joining the firm as associates. Mehta’s practice focuses on the preparation and prosecution of patent applications before the U.S. Patent and Trademark Office. Prior to joining Procopio, he was a partner at Sughrue Mion PLLC in Japan and Silicon Valley. Plati applies his extensive engineering background to practice in all areas of patent law, including counseling clients, litigation, licensing, and preparing and prosecuting application in technologies. Diep’s practice focuses on the preparation and prosecution of patent applications in the areas of computer, electrical, electronic, Internet-related technologies, mechanical arts, and software. Prior to joining Procopio, Diep was an associate at Sughrue and a patent examiner at the USPTO.

Huang’s practice focuses on the preparation and prosecution of patent applications in a broad range of technology areas in the electrical, mechanical, and computer arts. Prior to joining Procopio, he was an associate at Sughrue. Jones prepares and prosecutes applications relating to semi-conductor, electrical, and mechanical arts. Such work has included applications in the areas of display devices, medical imaging, image processing, tire technology, and sports equipment.

McKenna Long & Aldridge LLP partners Jeremy Crickard and Russell Love have been elected as fellows in The American College of Trust and Estate Counsel. Crickard is located in the firm’s Rancho Santa Fe office and Love is located in the Atlanta office. Election as an ACTEC fellow is one of the highest honors a trusts and estates attorney can receive. McKenna currently has eight attorneys selected as ACTEC fellows.

Kilpatrick Townsend & Stockton has hired Aaron Arpi, who joins the firm as an associate on the Electronics and Software Team. Arpi’s practice focuses on patent preparation and prosecution in the areas of electrical engineering and communications technology. He entered law school after completing his active duty as a Navy helicopter pilot. Speaking of KT&S, Working Mother has named the firm as one of the 2012 Working Mother “50 Best Law Firms for Women,” awarded for its family-friendly policies and business development initiatives that are retaining women and advancing them into the leadership pipeline.