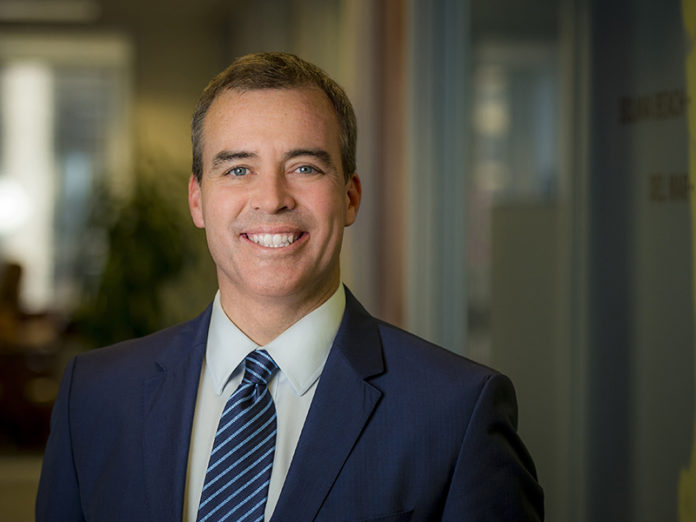 As we move into yet another week of sheltering in place, working from home and trying to figure out what comes next in our current healthcare and economic crisis, there is no shortage of individuals and organizations trying to lean in to help. In addition to the truly heroic work being done by our healthcare workers, first responders, police, grocery store workers, utility crews and others, leadership from all corners of our community, state and nation are trying to make sure we are organized and ready for recovery.

Over the last week the White House, the State of California, and the City and County of San Diego have all announced the formation of task forces to help guide us through economic recovery. A new round of federal stimulus funding has been approved, the County of San Diego and The San Diego Foundation have announced the formation of a new small business loan program, and new partnerships and coalitions are being created every day with a focus on getting our businesses reopened and our community back to work.

As part of the City and County’s taskforce, the San Diego Regional Chamber of Commerce & San Diego Regional Economic Development Corporation are leading a regional advisory group charged with preparing recommendations for the region’s economic reactivation and recovery. To help inform this process, please take the Chamber’s brief survey: https://www.surveymonkey.com/r/JB268KF

Communication and cooperation is more important now than ever. As we wrote last week, this recovery will be slow and challenging and our actions must be both thoughtful and strategic. But make no mistake about it, the framework is in place for us to chart the path forward to both recovery and resiliency. And it will take all of us.

Below, you will find the first employment report from the state of California since we began taking aggressive measures to control the spread of coronavirus. The analysis covers March 2020 and reflects some – but not all – of the early effects on the labor market. With an estimated 26.5 million Americans filing for unemployment in a five-week period, we expect grim employment reports in the months ahead. However, with a solid foundation in place, we will find a way to move the region forward.

Each month the California Employment Development Department (EDD) releases employment data for the prior month. This analysis covers March 2020 and reflects some—but not all—of the early effects of the coronavirus pandemic on the labor market. The San Diego jobs report estimates conditions in the job market as of the week of March 12. However, many of the actions taken to slow the spread of the coronavirus took place during the second half of the month, so the full extent of the impacts to the labor market are not apparent in the most recent report.

EDC’s COVID-19 Business Survey Analysis shows that the impacts of the COVID-19 outbreak on San Diego’s economy are severe, concentrated, and disproportionally affect small businesses and low wage workers. These results are corroborated by skyrocketing initial claims for unemployment insurance, both nationally and in California. While this is not fully reflected in the March employment data, it implies a dismal April jobs report should be expected along with downward revisions to the advance March estimates.

Between February 2020 and March 2020, total nonfarm employment in San Diego decreased from 1,514,500 to 1,504,400, a loss of 10,100 jobs. The month-over-month job losses are consistent with state and national trends. In California, nonfarm employment decreased by 252,000 from 19,516,000 to 19,264,000 in March from the month prior, and payroll employment declined by 701,000 in the US during the same time period. While the numbers have been eye-opening, it is likely that the data will continue to deteriorate substantially in the April and May job reports before any turnaround takes hold.

Initial claims for unemployment insurance have skyrocketed across the US in recent weeks. New filings for unemployment in California topped a million for the week ending March 28, eclipsing the previous record of 115,000 claims before the COVID-19 outbreak. Initial claims “eased” somewhat to 918,000 in the week ending April 4 and to 661,000 for the week of April 11. According to EDC’s survey of businesses, 388 employers plan to eliminate 14,844 jobs; nearly 69 percent of their workforce. Nearly all expect those reductions to happen immediately or within the next 30 days.

Compared to a year ago, San Diego added 13,000 new payroll jobs or 0.9 percent. Year-over-year employment gains in San Diego are consistent with, both, the state and national employment growth rates of 0.9 percent and one percent, respectively.

The industries in San Diego most vulnerable to the effects of policies aimed at containing the spread of the virus include arts, entertainment, and recreation, accommodation and food services, wholesale trade, and retail. Together, these industries accounted for about one in four local jobs and $18.5 billion in salaries and wages in 2019. Given the deep roots of those industries in the local economy, the ripple effects of job losses are expected to be significant: for every 1,000 jobs lost in retail, wholesale, the arts, or food services, an estimated 500 jobs would be lost in other industries across San Diego.

Between February 2020 and March 2020, employment in these most vulnerable industries dropped by 600, or 0.2 percent. While wholesale trade, retail trade, and accommodation and food services recorded job losses, the arts, entertainment, and recreation industry reported a small gain of 100. Job cuts in these industries were concentrated in wholesale trade, which let go 1,100, or 2.3 percent, of its workers.

These reductions (0.2 percent) are less severe than both the state and national employment declines of 1.6 percent and 1.3 (0.7 unadjusted) percent, suggesting the full scale of the impacts is yet to be captured by the data. Looking at food services, for example, if San Diego experienced the same monthly decline in sales as the US (26.5 percent), we should have seen sales drop by approximately $32 million and more than 3,200 jobs lost in those industries alone. Our survey of San Diego businesses shows they anticipate even larger revenue declines than what is contained in the US retail sales report. The bottom line is that the full extent of the damage incurred by the local job market is unlikely to be revealed for at least several months.