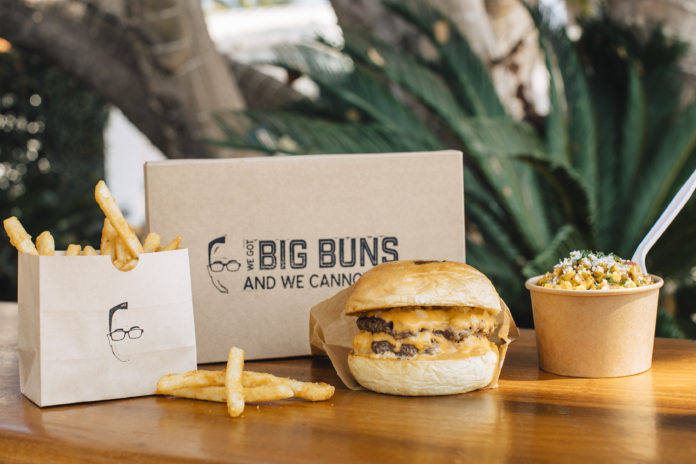 Samburgers, a Eats by Sam concept by San Diego-based chef Sam “Sam the Cooking Guy” Zien, is opening early this year at the Little Italy Food Hall. Originally launched October 2020 in Seaport Village, Samburgers will be the third Eats by Sam concept to open at the Food Hall; Not Not Tacos opened July 2018 and Graze by Sam in February 2019.

“There is no doubt our industry is facing incredibly difficult challenges, but we are doing our best to lean into the positives that this situation has presented, which to us means seizing the opportunity to grow,” said Mike DiNorscia, CEO of Grain & Grit Collective. “While we have been actively seeking out new real estate opportunities, the ability to continue to grow within our flagship project, the Little Italy Food Hall, is a particularly exciting prospect for us.”

Samburgers will open within the main north side of the Little Italy Food Hall in the stall where Not Not Tacos currently resides. Not Not Tacos will move to the stall previously occupied by Semola, a global eatery that recently shuttered.