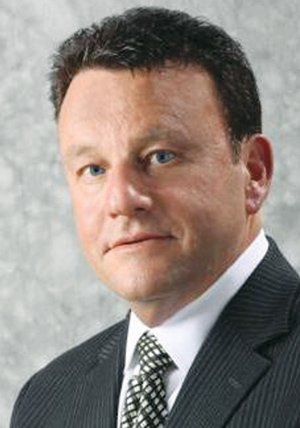 Millennium Laboratories announced the appointment of David Cohen to chief operating officer. Cohen is responsible for new business analysis and development to expand the company’s core business. He also has oversight of Millennium’s legislative initiatives and community outreach programs. He originally joined Millennium Laboratories as chief analytics officer. In his 28-year career, he has served as a public company chief financial officer, controller and then later as an executive vice president of a $500 million real estate conglomerate operating in 38 states and the commonwealth of Guam. Cohen has a Bachelor of Science degree in both economics and accounting. A certified public accountant, Cohen has twice been licensed by the National Association of Securities Dealers as a financial operations principal.

HMC Architects announces the promotion of Brian Staton to regional managing principal. Staton was formerly a managing principal of the firm’s Ontario studio. Staton will provide oversight, leadership and support for the firm’s four Southern California studios along with its Las Vegas studio. Bringing with him more than 20 years of experience, he has led the Ontario studio to design high-performing pre-kindergarten through grade 12 projects throughout California, focusing on public educational environments. Staton has been employed with HMC Architects since 1992 and serves as an adviser on HMC’s board of directors.

Contractors & Builders recently added Lori Miller to its sales team as a business development representative. Miller was the top-billing salesperson in her previous company with 2009 sales topping $2.5 million. In the past, Miller has been heavily involved with numerous industry and governmental groups including the Building Industry of America, the Better Business Bureau and the San Diego Regional Chamber of Commerce. Today, Miller is still actively involved in a number of local associations, including The Associated General Contractors of America and Associated Builders and Contractors Inc.

Sundt Construction Inc. hired Donald Dugan as project superintendent for the Southern California region. Dugan brings more than 20 years of experience to Sundt and will first apply his extensive knowledge to the expansion of the California Polytechnic State University recreation center. Before joining Sundt, Dugan spent more than a decade managing and supervising major projects with Opus West in Phoenix. Such projects ranged from $1.4 million to $22 million and included the Pima Center, Calendar Stick Business Park, Xavier Convent, and the Glendale Office Park.

Terry Williams has been elected president of the Citizen Diplomacy Council of San Diego for the 2010-11 term. Williams has been involved with the media and media organizations literally all of her working life. After working in magazine publishing, she became a partner in a full-service advertising and public relations agency in San Diego, which later became a film and video production company. During the course of 20 years, she wrote and produced hundreds of documentary films, television programming, commercials, public service announcements and corporate communications. She is past president and former national trustee of the National Academy of Television Arts & Sciences and currently is the executive director of the San Diego Press Club.

The Leichtag Family Foundation announced the election of Murray Galinson as vice chairman of its board of directors. Galinson is the former chair of the board of San Diego National Bank and currently serves as manager of La Jolla M.J. Management LLC and as a member of the Galinson Group, an investment and real estate holding company. Galinson currently holds the position of chair of the international Jewish Funders Network and is the immediate past chair of the Jewish Community Foundation San Diego. He formerly practiced law in Minnesota and was a federal prosecutor, law professor and banker.

Satori World Medical announces the appointment of health care management leader James Buncher to its board of directors. Prior to retiring as chairman and chief executive officer of SafeGuard Health Enterprises, where he led the sale of the company to Metropolitan Life Insurance Co. in 2008, Buncher was president, CEO and a director of SmileCare. Additionally, Buncher was the founding president and CEO of CIGNA Health Plans, a medical HMO company he grew into the then-largest investor-owned HMO in the country.

HR Solutions has promoted Deb Woodhams to regional managing director. Woodhams has been with HR Solutions since 1998 and has an extensive knowledge of human resources, management and the staffing industry. She joined the HR Solutions team in 1998 as regional director and played a key role in opening HR Solutions’ Orange County office. Since then, Woodhams has helped the company build its reputation as a human resources staffing, search and consulting firm.

Nuffer Smith Tucker continues to grow its team with the hiring of Rebecca Howe as an account executive and Katie Rowland as an account coordinator.

Prior to joining NST, Howe served as an associate with Lambert, Edwards & Associates, a Michigan-based public relations and investor relations firm. In her new role, Howe is charged with developing and coordinating public relations and interactive initiatives for clients such as Chicken of the Sea and PhotoTouch Inc. Howe received her bachelor’s degree in public relations and marketing from Central Michigan University in 2006 and is a member of The Public Relations Society of America.

Rowland joined NST as an intern in November 2009, gaining experience working for various clients of the firm. In her new role, Rowland will help to plan and implement successful campaigns for the Dairy Council of California, ITW Space Bag and McDonald’s of San Diego County. Prior to joining NST, Rowland served as an event intern for the Sundt Memorial Foundation in San Diego where she played a critical role in the planning and execution of the foundation’s annual gala.

Meals-on-Wheels, Greater San Diego Inc. announces the installment of its 2010-2011 board of directors. Newly elected officers include Tyson Dethloff of Allenbrooke Insurance Services, Byron Mignanelli of Global Strategic Management Institute, Eric Pannese of Intuit Inc., Joan Richardson of Richardson Insurance Agency, and Kristi Pieper-Rossbacher of Five K Family Trust. The new board consists of representation from across San Diego County, including many sectors of the business community.

Stein, a 12-year veteran with The Eastridge Group of Staffing Cos., will lead Abbott Staffing Group into new markets while also expanding relationships with existing clients. New Area Managers Savage and Bethencourt also have 37 years of combined staffing experience in Southern California.

Software Equity Group L.L.C. announced the addition of Dennis Clerke to its deal team. Clerke, who joins as executive vice president, brings to SEG more than 20 years of experience. He served as co-founder, president and CEO of Cardiff Software, CEO of Alignent Software Inc. and founder and managing director of DaggerBoard Advisors LLC. Clerke was awarded an M.B.A. degree by UCLA Anderson Graduate School of Business in 1989 and currently serves on the board of directors of Pandimo and MadCap Software Inc.

Electra Bicycle Co. LLC has added Bridget Walsh as product manager for the Lifestyle division. In this new position, Walsh will expand the company’s product offerings, extending Electra’s reach beyond the physical bike and into the total bike-riding experience. Walsh has more than 20 years of experience in apparel and accessories product development, marketing and merchandising. Before joining Electra, Walsh was the director of merchandising for Eagle Creek, a brand of travel gear.