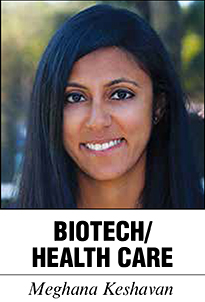 I chatted recently with Paul Cleveland, a veteran biotech finance guy who has recently been brought on as president and chief financial officer for the newly public gene therapy company Celladon Corp. Cleveland most recently was CFO of Aragon Pharmaceuticals Inc., a San Diego drugmaker sold to Johnson & Johnson last August for $1 billion.

“It’s a new role for me at Celladon,” Cleveland said. “I haven’t been a president before, so this is an opportunity to really build a company.”

Celladon (Nasdaq: CLDN) began trading publicly on Jan. 30 with a $44 million initial public offering; its most advanced drug, Mydicar, uses gene therapy to target an enzyme that’s deficient in patients with heart failure. Mydicar uses a viral vector — an engineered virus, in essence — to modify genes in a patient’s heart muscle, spurring them to produce an enzyme that improves heart function.

The company is in the midst of phase 2b trials, having already showed promising results in a small phase 2a study. If all goes well in the current trial for Mydicar, Cleveland said, the company might be able to sidestep the larger and costlier phase 3 trial and go straight to market.

“Because Celladon’s public now, there are some really exciting strategic choices now,” Cleveland said. Though Celladon has operated efficiently with a lean staff of 15, he said the time’s ripe to expand the staff “to think ahead a bit,” and build a company that’s ready to file a new drug application with the Food and Drug Administration and prepare for a commercial launch of Mydicar.

Cleveland has had financial management experience on many fronts: He’s worked in venture capital and investment banking — at both public and private biotechs. Before Cleveland’s tenure at Aragon, he was a general partner and chief operating officer of Menlo Park-based firm Mohr Davidow Ventures. From 2006 to 2011, he was in leadership roles — including CFO — at Affymax Inc., a publicly traded Bay Area biotech. He has served as a JPMorgan Chase investment banker, as well as a corporate lawyer at Davis Polk & Wardwell, Sidley & Austin and Cooley LLP.

“We expect Paul’s vast experience as a senior industry executive will lead to important contributions to Celladon,” CEO Krisztina Zsebo said. “We look forward to his expertise and leadership.”

Cleveland lived briefly in San Diego during his tenure at Aragon, but he’s a Bay Area guy. Having received a healthy payout from the Aragon exit — Cleveland, understandably, didn’t tell me how much he made there — he said he initially toyed with entering semi-retirement and moved back up north. But he realized he wasn’t ready to scale back quite yet. He’s house hunting in Del Mar and looking forward to immersing himself once again in San Diego’s biotech community.

“I’ve really enjoyed the San Diego biotech community. It’s very cooperative, and there’s a lot of information sharing. There’s really a sense of shared purpose,” Cleveland said. “It’s much more of a community than the other places I’ve worked, including the Bay Area, and I’m really excited to get back into San Diego’s biotech scene and build relationships in the area.”

The Salk Institute auditorium will be renamed the Conrad T. Prebys Auditorium. Prebys previously donated $2 million to the institution. His most recent gift to the Salk is part of a fundraising campaign launched in 2012 with aims to raise $300 million by July 2015. So far, it has raised $275 million.

Prebys described the work at Salk as “vital” to conquering disease.

“We need this foundational science to lay the underpinnings for new therapies and cures,” he said. “I’m honored to play a role in supporting this important research.”

The business that was sold primarily develops a product called the MassArray System, which includes lab equipment and chemicals for genotyping. Agena will enhance the system’s capabilities and work to expand its market, the company said.

Notably, a compliance team at Sequenom (Nasdaq: SQNM) found that the MassArray System contains elements that originate from conflict minerals, Sequenom reported in a securities filing on May 30 — the same day it announced divesting that segment of the company. Portions of the system, which include cables, pumps and chips, could contain material sourced from regions that use the proceeds to fund armed conflict, the filing said.

Sequenom CEO Harry Hixson said the sale strengthens his company’s balance sheet and will enable it to focus on its laboratories business as it works toward becoming profitable.

Send news about locally based health care organizations, biotech and clean-tech to Meghana Keshavan at mkeshavan@sdbj.com. She can be reached at 858-277-6359.