Lenders Move to Get Cash In Hands of Small Businesses 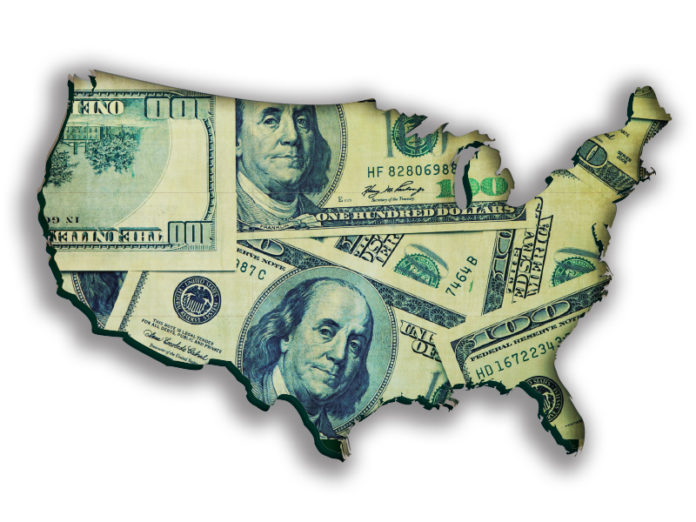 The weekend of April 4-5 was a very long one for bankers.

Operating on little sleep, the banking community as well as the federal government attempted to work out the kinks in the government’s Paycheck Protection Program — one effort to get money into the hands of small business owners to counter the economic impact of the COVID-19 pandemic.

“I would liken it to building an airplane while it is flying,” said Tom Wornham, CEO of CalPrivate Bank in La Jolla. At the time he spoke last week, loans had been approved but not yet funded.

“Everyone’s heart is in the right place, but it’s just a massive endeavor,” said Nathan Rogge, CEO of the Bank of Southern California. The program is worth $350 billion.

Dan Yates, CEO of Endeavor Bank, said it was a weekend of 23-hour days. “Imagine that 100% of businesses wanted a loan at the exact same time,” he said.

But there is a bright side.

“The cavalry is on the way,” Yates said.

Many small businesses have been shuttered and their customers ordered to stay at home as government at all levels works to fight the spread of COVID-19.

One federal effort offers an incentive for small businesses to keep employees on their payrolls.

The Paycheck Protection Program offers forgivable loans of up to $10 million through the U.S. Small Business Administration, or SBA. Small businesses (up to 500 employees) receiving the loans are expected to use them for up to eight weeks of payroll expenses. Expenses such as rent, mortgage interest and utilities are also allowed under the program — within limits. Loan forgiveness depends on adhering to the rules.

Local banks and credit unions were asked to be the conduit taking such loans to the small business community.

The loan product goes by the abbreviation PPP.

The San Diego Regional Economic Development Corp. has been helping San Diego businesses learn more about the loan program, in part by distributing a guide to it. The EDC has been updating its guide every day as more information becomes available, said Sarah Lubeck, director of marketing and communications with the EDC. Some 350 businesses have turned to the EDC for help.

One of the businesses that has applied for the loan is Innovative Commercial Environments, a furniture dealership in Sorrento Valley.

The business has 22 employees, including some with spouses who have lost jobs. “Our goal is zero layoffs,” said CEO DeLinda Forsysthe. The loan, she said, “feels like a godsend.”

Forsythe described a frustrating application process — the loan application changed three times. Still, she said she was confident she would get the funds soon.

She added that William Holbrook, her banker from City National Bank, went “above and beyond” to process the application, driving from San Diego to North County to pick up the signed document. “I’ve never had a bank do anything like this,” Forsythe said.

Meanwhile, banks have been helping businesses in other ways such as deferring payments on existing loans.

“We’ve been doing it on a case by case basis since the beginning of the crisis,” said Wornham.

Alan Lane, CEO of Silvergate Bank, said his institution reached out to its borrowers, asking how they were doing and whether they were struggling. Strip shopping center owners, for example, may have had tenants close shop, and because of that were unable to make payments. Lane said he asked clients to put their issues in writing and agreed to defer payments — two at first.

“It’s the same as we did in the last financial crisis,” he said. “… If they still need help in June we will revisit it.”

The phenomenon is happening with all types of loans, at banks large and small. Bank of America CEO Brian Moynihan said in an April 3 television interview that his institution had helped nearly half a million mortgage customers defer their payments.

The government is also subsidizing payments on six months’ worth of certain SBA loans.

In addition, the SBA is also offering low-interest disaster loans to help businesses.

Not all of the institutions planning to lend are banks.

Harvest is a non-bank lender authorized to participate in SBA programs. It receives money to lend from investment companies, hedge funds and the private sector, said Seery, who works from Cardiff. He said that insurance companies are interested in providing capital behind the loans.

The loans have a 1% rate of return, which is good in the current market, where a 10-year treasury bill pays about 50 basis points, or one-half of a percentage point.

Seery said he has heard that some larger banks are only working with customers that did business with them prior to the current circumstances. If a newcomer comes to a large bank for a PPP loan, the bank might attach strings to the transaction — for instance, insisting a business deposit $200,000 at the institution. By contrast, there is no need for a substantial relationship with Harvest, Seery said.

A Journey Full of Detours

Hearing from those who have been involved in it, the rollout of the Paycheck Protection Program has been an odyssey.

There were technical problems.

Bank of Southern California’s Rogge described how his staff was working at 3 a.m. on April 3 when the SBA’s systems went down, losing the work of the previous few hours.

The system that the SBA uses, called E-Tran, usually handles $30 billion in loans per year. Under the new initiative it is being asked to handle $350 billion in a few weeks, Rogge said.

Compounding the problem, Rogge said, was that his staff members were doing almost all of their work from their homes. The process of arranging a loan is crazy enough in a normal work environment, he said.

The interest rates also changed more than once.

A Call for Change

Endeavor Bank’s Yates has been vocal about the interest rate attached to the loans.

People assume the U.S. Treasury is lending money to banks, who in turn will lend it to borrowers. In fact, Yates said, banks are financing loans out of their own reserves.

Yates has publicly said that the interest rates on the new loans should be higher, to make them more attractive to resell on Wall Street. He has called for reinstating the 4% interest rate.

Yates also said he has seen the typical competition between bankers turn into an “unprecedented” amount of collaboration. Bankers have been eager to refer customers to their competitors.

Wornham said he is proud of how his employees have handled the situation, doing so “with an amazing amount of class and responsiveness.” The people processing loans have had to be quick, while the branch employees have shown up to work “in harm’s way.” CalPrivate Bank has branches in Beverly Hills, El Segundo and Newport Beach in addition to four San Diego County locations.

During the last financial crisis, Wornham said, it was the financial institutions that needed the help.

This time, he observed, financial institutions are asked to be the distribution channel, or the “railroad” to get funds to businesses.

Getting such a loan program going is a big effort, and it’s not surprising that it’s been a time-consuming job.

The U.S. Treasury has to balance two priorities, Wornham said: protect the taxpayer and get money out to businesses as soon as possible.