Leap Wireless Finalizes Sale to AT&T; Stockholders to Share in Sale of Spectrum 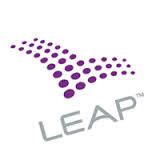 The approvals included AT&T’s agreement to sell off some of its spectrum in certain markets, deploy next-generation services and continue to offer lower-cost plans to Cricket customers.

The sale that was announced in July called on Leap shareholders to receive $15 per share of common stock plus a share of the sale of AT&T spectrum in Chicago. Along with an aggregate cash price of $1.2 billion, AT&T assumed $2.8 billion in Leap’s debt, bringing the total cost to about $4 billion.

Leap Wireless, in its last annual filing as an independent public company, recently reported a $640.8 million net loss last year, compared with a net loss of $189.3 million for 2012.

AT&T (NYSE: T) said in the coming weeks it will merge Cricket customers and service into its existing flat-rate services called Aio, although AT&T is retaining the Cricket name brand and building on its distribution channels.

Cricket had 4.6 million customers at the end of 2013, and its network covers about 97 million people in 35 states.

Once the integration of the companies is completed in several months, Cricket customers will be able to visit a Cricket store to buy a device and service plan that gives them access to a nationwide 4G LTE network, the company said.

It’s unclear what AT&T will do with Leap’s administrative headquarters staff in Kearny Mesa, which has about 400 employees; in total, Leap has about 3,400 employees.