Jack in the Box Reports Q3 Results for FY2014 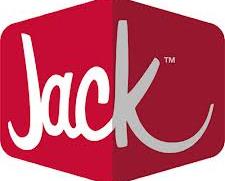 San Diego-based Jack in the Box Inc. reported net income of $24.7 million for its fiscal year 2014 third quarter, compared with a net loss of $5.6 million for the like quarter of 2013.

For the six months, Jack in the Box reported net income of $72.8 million compared with $28.3 million in net income for the like period of 2013.

Same store sales increased 2.4 percent in the quarter, which was anticipated, and driven by growth in breakfast and late-night items, said CEO Leonard Comma.

The company forecast fourth quarter same store sales to increase about 1.5 to 2.5 percent at Jack’s stores, and by 5 to 6 percent at its Qdoba company restaurants.

For the full fiscal year, Jack said same stores sales are expected to increase 1.5 to 20 percent at Jack company restaurants, and by 5 to 5.5 percent at Qdoba company stores.

The company said this fiscal year it should open 15 Jack in the Box restaurants, and about 40 to 45 new Qdoba restaurants. It now has about 2,250 restaurants in 21 states.