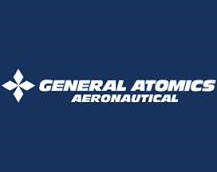 The Poway company said that between Jan. 17-19, the aircraft made its second endurance flight, with a pair of Hellfire missiles under one wing and a pod holding signals intelligence electronics under the other. The aircraft stayed aloft for 36.7 hours, according to GA-ASI’s May 21 announcement.

GA-ASI spent its own money to build the Improved Gray Eagle, which first flew in July. The aircraft’s first endurance flight, with nothing carried under its wings, lasted more than 45 hours.

The company said it plans to build a second such aircraft.

Gray Eagle is the U.S. Army version of the Predator unmanned aircraft. The original Gray Eagle has accumulated more than 100,000 flight hours since 2008, the Poway manufacturer said.