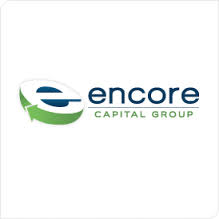 Encore Capital Group, the San Diego buyer and collector of defaulted credit card debt, reported second quarter net income of $21.3 million, compared with $11 million in the like quarter of 2013.

Revenue came in at $269.2 million, up 72 percent from the prior year’s second quarter.

The bulk of the debt purchases in the second quarter of 2013 entailed the acquisition of Asset Acceptance Capital Corp., a British debt buying business.

ACF has $275 million in estimated remaining collections on its books, and a platform that specializes in acquiring and collecting “high balance, fresh paper,” Encore said.