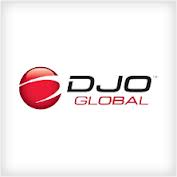 DJO Global Inc., the Vista-based maker of orthopedic devices, reported second quarter net sales of $313.9 million, up 6.5 percent from the like quarter of 2013.

DJO said second quarter earnings before income taxes, depreciation and amortization were $70.2 million, up 5.3 percent from the like quarter last year.

CEO Mike Mogul said the company’s growing slate of products combined with strong global execution is driving momentum across most of its business units.