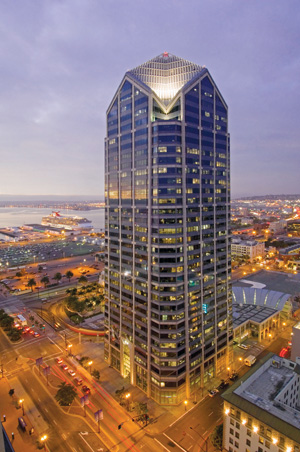 San Diego city residents and businesses will see water rates rise by about 5.9 percent on March 1, following a hike approved by the City Council in January.

The increase, tied to rising wholesale costs to bring water to San Diego County, is the latest in a series of increases that have raised water rates by 67 percent since 2007. It is also the most recent of several developments prompting commercial building owners throughout the region to make energy-efficient changes to their properties.

A week prior to the rate hike’s taking effect, department spokesman Kurt Kidman said his office had not been deluged with calls from building owners regarding the impact, although he said the department has numerous free programs to help owners defray costs through water-efficient upgrades.

They are detailed on the department’s Web site, sandiego.gov/water, and include rebates for the purchase of irrigation controller devices and landscape turf replacements.

Kidman said the department also offers free on-site landscape surveys for commercial and multifamily property owners with more than 1 acre of landscaping, in which personnel will check for variables including water saturation of soil, which could indicate over-watering.

“A lot of it is just keeping costs down,” said Kidman of operators’ adjusting to rising water rates.

Tom Sullivan, a locally based vice president of development with Irvine Co., said the firm has long considered water savings crucial to reducing costs and making its properties competitive in attracting tenants. Like several property owners around San Diego County, Irvine has also been upgrading its electric power consumption efficiency.

The company is not disclosing the exact cost of the energy-related improvements, but has invested approximately $80 million in upgrades to its San Diego properties during the past three years.

“We started doing these things before the government or anyone was saying this had to be done,” Sullivan said, noting improvements were also being planned before the latest recession hit.

Disclosures of Energy Use Imminent

Rising water rates come as the state of California will soon require commercial building operators to disclose their properties’ energy usage to prospective buyers and tenants. Enactment of approved legislation has been delayed a few times and dates have not been finalized, but the rules will be phased in starting with the largest properties.

Eric Scheidlinger, manager of the Efficient Sustainable Practices division of San Diego-based Reno Contracting, said he does not expect the latest city water rate hike to immediately spur a wave of efficiency upgrades, especially among owners with limited cash flow. But down the road, companies may be more willing to invest in improvements.

Other indoor and outdoor improvements are more expensive, but if water rates continue to rise at their current pace, building owners could come to see the investment pay off faster than they might have in the past.