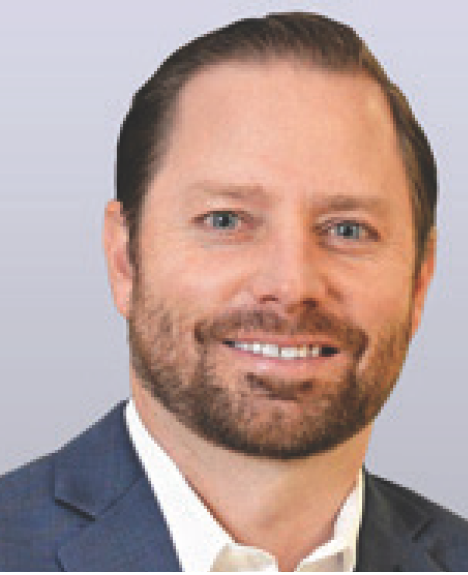 As CFO, Quentin Blackford has been at the center of Dexcom’s growth story. The maker of continuous glucose monitors for people with diabetes has achieved nearly 40% year-over-year growth for the past three years. 2019 was also significant because it was the company’s first entirely profitable year. “It was a big step forward,” Blackford said.

But those successes haven’t been his work alone. “I’m incredibly excited” about the award, Blackford said. “I think it’s tremendous recognition of what our team and organization have accomplished. This is not about myself as we wouldn’t be where we are today without the group. It’s a much bigger testament to what we’ve accomplished as a team.” In addition to overseeing finance, Blackford took on the role of chief operating officer in October.

A Year of Achievements

Asked about professional achievements for 2019, Blackford said he and his team did a lot to position the company — from a financial perspective — to be opportunistic and strategic, and to act on opportunities. Dexcom finds itself competing against global companies, so speed and nimbleness are an advantage. Access to capital and strengthening the balance sheet were priorities in 2019. “I think the team did a wonderful job,” he said. 2019 was also a year to invest in growth, and to transition to a state of profitability for the full year. “That is nothing more than the entire organization being very thoughtful and disciplined,” he said. Blackford said the company spends a lot of its time educating employees about how the company spends resources, and discussing better ways to invest those resources.

2019 was also a year of adjusting the supply chain. Dexcom rolled out a new product in 2018. It was a success; however, demand outpaced supply. In 2019, the company was able to get ahead of demand with sufficient quantities to let the team drive top-line growth. (The business is seeing strong demand in 2020, particularly with the health care community’s concern over the correlation of COVID-19 and diabetes.) The company is fortunate to have a product in such demand, the CFO said.

The person who nominated Blackford for the CFO of the Year award described him as ethical and down to earth. In addition to managing finances, Blackford works with the leadership team to create a positive culture at work. It is an aspect of the job “that is as important as anything we do,” Blackford said, given the amount of time people spend at work. While celebrating successes, “we’re very clear about accountability,” he said. Having transparent and open conversations about employees meeting the mark, or not, is important. “We’re trying to be transparent, authentic and highly credible,” he said.

An Ear to Listen

He said he feels a manager’s job is to listen to employees and to understand their desires and aspirations. A manager’s proper reaction might be to help the employee and offer training. Alternately, a discussion might lead to a “tough conversation” that the employee’s aspiration might not be realistic. In the long run, such a conversation will help both parties, he said. Blackford’s focus is not entirely on business. He and his wife give back to the community. The couple started a charitable foundation to serve underprivileged children in San Diego’s North County region who have no access to opportunities. They are also active in their church. Dexcom, for its part, supports local organizations has offered supplies of personal protective equipment to organizations that need it.