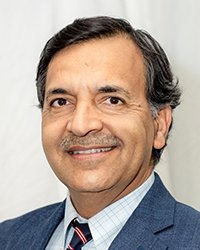 Stone has claimed the rebranding and repackaging of Keystone Light, which isolated and emphasized the word Stone, was creating confusion in the market. Among the arguments made by MillerCoors in its response were that Stone waited nine months before issuing its complaint.

“I think Stone has a substantial likelihood of winning this case if it goes to trial,” said Josh Escovedo of San Francisco-based Weintraub Tobin Chediak Coleman Grodin Law Corp., whose firm has an office in San Diego. Escovedo, who splits his time between his firm’s Sacramento and San Diego offices, is one of approximately seven members of the intellectual property practice group at the firm.

The adverse preliminary injunction ruling for Stone still strengthens its case because it pointed out the weaknesses in the craft brewer’s arguments and evidence, he wrote in an email. “With that information in hand, I have no doubt that Stone is going to bolster its arguments and its evidence and come to trial stronger than before,” Escovedo said.

That said, Escovedo does not believe the case will make it to trial.

“Although the court denied Stone’s motion, it’s favorable discussion of Stone’s claim was likely sobering for MillerCoors and its counsel, and will probably bring MillerCoors to the table. I don’t think MillerCoors wants to risk going to trial and being found to have willingly infringed upon Stone’s IP. It’s not a good look,” he said.

MillerCoors did not respond to a request for comment.

What a difference a settlement makes. In the hours before Qualcomm Inc. and Apple Inc. on April 16 announced the tech giants were ending all litigation globally, Qualcomm’s stock was trading around $58. Qualcomm’s share stock closed at nearly $87 April 23. Its market cap had shot up tens of billions of dollars to nearly $105 billion.

Analysts from Morgan Stanley have bumped Qualcomm’s price target to $95, noting in published reports the market has not fully adjusted the price since the settlement. All good news for shareholders of the San Diego chipmaker and the company itself, whose management said it was ready to achieve a $100 per share in 2019.

Morgan Stanley isn’t alone in being bullish on Qualcomm. Kevin Cassidy, a semiconductors equity analyst for Stifel Financial Corp., upped his target price for Qualcomm’s stock from $57 per share to $100.