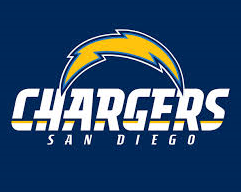 The San Diego Chargers held the prices on single-game tickets for several years, but this season they’ll cost a bit more.

The football club, which made it to the playoffs last season, said it’s instituting “variable pricing” on certain games at Qualcomm Stadium, reflecting a higher demand for contests featuring the best teams.

The highest prices are for the Dec. 14 game against the Denver Broncos. According to the team’s website, the prices for this game range from $112 for nosebleed seats in the view section to $1,033 in the second level.

The next highest ticket prices are for games versus the Seattle Seahawks, winners of this year’s Super Bowl, and the New England Patriots, who don’t visit here very often.

The Chargers said the price hike for single game seats doesn’t affect season ticket prices, which will be the same as what they were last season.

Season ticket holders will receive savings ranging from $83 to $226 per game, compared with what they would pay for single game tickets, the team said.