Overland Storage to Be Acquired By Canadian Company in Stock Deal 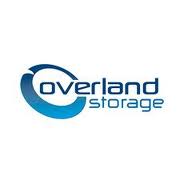 Overland Storage, a San Diego provider of data storage services, agreed to be acquired by Sphere 3D Corp., a Canadian business for $81 million in stock.

The price to be paid by Sphere 3D was 53 percent above the closing price of Overland’s shares on the day before the deal was announced May 16.

After the transaction is completed, the current holders of Overland’s stock will own about 29 percent of the equity in Sphere 3D, which is headquartered in Ontario, Canada.

The companies said that they have been working to develop an integrated application virtualization and data storage platform, and virtual desktop infrastructure solutions. The platform allows the delivery of third party applications via the cloud.

The combination of the companies’ products will allow mobile device users to access any software program and eliminate application limitations, the companies said.

Founded in 1980, Overland has struggled in the wake of losing its largest customer, Hewlett Packard, in 2006. Its annual revenue cratered from about $236 million in 2005 to below $100 million for much of the past five years.