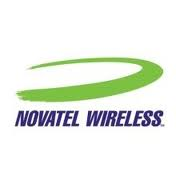 Novatel’s (Nasdaq: NVTL) board is tapping an executive search firm to evaluate candidates for the permanent CFO position, the company said.

Prior to joining the company, Allen, 61, was executive vice president, chief operating officer and CFO for Outdoor Channel Holdings Inc., a publicly traded national cable television network and production services company, which was acquired in 2013. In 1997, Allen co-founded ACME Communications, a U.S.-based broadcasting company, where he continues to serve on the board of directors, and he was its CFO. Throughout his career, Allen has held executive positions at major broadcasting and entertainment firms, and he has served on boards for public and private companies, according to Novatel.

“Tom Allen brings a wealth of executive experience, including CFO and COO roles at public companies,” said Sue Swenson, chairman of the board of Novatel Wireless.

Novatel recently appointed Alex Mashinsky as interim CEO after having been under pressure from a shareholder faction demanding change at the company which has not been profitable since 2009.