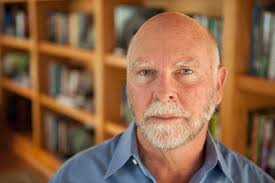 The award honors the legacy of George Washington Carver, who was one of the founding fathers of the chemurgy movement, a branch of applied chemistry focused on manufacturing industrial products from raw agricultural materials. Industrial biotechnology is the modern-day equivalent of Carver’s vision for chemurgy, and the annual award honors an individual for carrying on Carver’s legacy, according to a BIO news release.

Venter’s contributions to the sequencing of Haemophilous influenzae in 1995 and of the human genome in 2000 stand as two major milestones of biology’s new era, the release stated. And in 2010, Venter furthered the new field of synthetic biology when his team at the J. Craig Venter Institute (JCVI) synthesized the first self-replicating bacterial cell of Mycoplasma mycoides. Venter and his team are currently working to create a “minimal cell,” which will serve as the work-horse of future industrial applications.

Synthetic biology is an important new tool in the continued development of green chemistry, bio-based products, and sustainable chemicals and fuels. Venter also pioneered genomic work in algae-based energy that has contributed to knowledge about the challenges in developing economical and scalable algae biofuels.

As an academic scientist and an entrepreneur, Venter has founded and led several organizations, including The Institute for Genomic Research, JCVI, Synthetic Genomics Inc., and Human Longevity Inc., which hopes to revolutionize health care practices and delivery through its Health Nucleus program.

“Synthetic Genomics and Synthetic Biology have the opportunity to profoundly impact food, pharmaceutical, and chemical manufacturing and I am pleased that by accepting this award it can help draw attention to that potential,” said Venter in a statement.

Venter will receive the award and give a plenary session talk at the upcoming BIO World Congress on Industrial Biotechnology plenary luncheon session on April 18 at the San Diego Convention Center in San Diego, California.

Past recipients of the Carver Award are Ellen Kullman, CEO of DuPont, and Gregory Stephanopoulos, the Willard Henry Dow Professor of Chemical Engineering at the Massachusetts Institute of Technology.