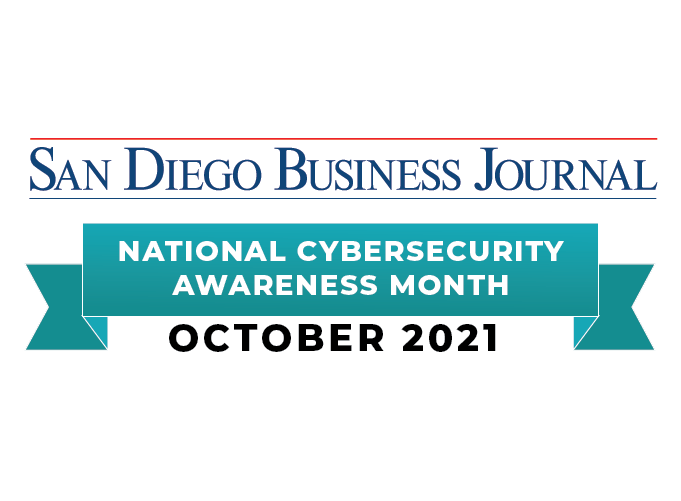 There is a significant overlap between San Diego’s cybersecurity sector and its defense contracting sector.

The U.S. Navy’s information technology command, NAVWAR, employs thousands of cybersecurity specialists. It has its headquarters in Old Town. San Diego is also a major military center, billed as the largest concentration of military assets in the world.

San Diego County is home to 24,349 cybersecurity jobs at 874 firms, according to a recent study.

Nearly one in three of the region’s cybersecurity firms are primarily engaged in fulfilling federal and defense contracts. Another 25 percent have at least some work tied to federal contracts, according to a June study from the San Diego Regional Economic Development Corp. and the Cyber Center of Excellence. The report was partially underwritten by Booz Allen Hamilton (NYSE: BAH), which does substantial work in cybersecurity.

NAVWAR, or the Naval Information Warfare Systems Command, awarded some $1.6 billion in cybersecurity and artificial intelligence contracts to San Diego County companies during 2020.

The amount awarded to all private industry was $7.1 billion.

Booz Allen is part of that protective effort. The report cites one Pentagon contract where the Virginia-based company stands to gain as much as $190 million over five years to provide the Navy with a range of engineering, technical, cyber and programmatic services. The work will support networking, communications and computer systems around the world.

Viasat Inc. (Nasdaq: VSAT) of Carlsbad produces electronics and offers communication services for the U.S. military. That work includes a cybersecurity component. The business received a total of $279 million in NAVWAR contracts during 2018, according to the 2019 economic impact report prepared by the San Diego Military Advisory Council, also known as SDMAC. (A new SDMAC economic impact report is expected this month.)

Deloitte invested in its cybersecurity and systems engineering capabilities during the summer by buying Sentek Global, a Point Loma firm that does work for NAVWAR. Financial terms were not disclosed. With the deal, Deloitte took on nearly 160 new employees.

The June report from the Economic Development Corp. notes that defense contracts tend to be big, multiyear investments relatively unaffected by short-term fluctuations in the business cycle.