She Breaks First Law of Thermodynamics 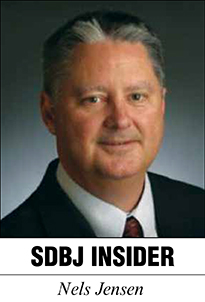 Physics Girl is going to be in the spotlight at the U.S. News & World Report STEM Solutions National Leadership Conference at the San Diego Convention Center on June 29-July 1.

If you are not familiar with Dianna Cowern, search online for Physics Girl and check out one of her YouTube videos. Prepare to be amazed.

Cowern is the Science Outreach Coordinator for UC San Diego’s Center for Astrophysics and Space Sciences. She’s a 2011 graduate of the Massachusetts Institute of Technology, was an astronomy research fellow at Harvard University and a software engineer for General Electric. And for the past three-plus years she’s been making educational videos explaining how physics affects everyday life.

Last year, she won Alan Alda’s Flame Challenge national science competition and was honored at the World Science Festival. She’s on a panel at the STEM conference — The Job Landscape Today And Tomorrow: The San Diego View. You’ll be seeing more of Physics Girl. She’s a budding rock star in the science world.

When they bought the land in 2000, there were no roads to access the parcel. When they first went before the Torrey Hills community planning board to pitch their idea of a business hotel campus, the assumption was they would flip the property. But by 2007, when a fire set by an arsonist burned their new Hilton Garden Inn to the ground, co-owners Joe Simone and Robert A. Rauch knew what they had in the Carmel Valley campus. They decided the next day to rebuild.

The Hilton Garden Inn-Homewood Suites combo now boasts of a consistent 80 percent occupancy rate as the property is rare in its ability to fetch business and leisure travelers.

Ten years after opening, Simone and Rauch remain the rare developer-operator under the original brand. Rauch is at the property every day. Former hotel employees are now executives at R.A. Rauch & Associates, which is based at the campus. Rauch said they have received offers to buy the property every year since 2006. But he and Simone take such pride in the property and people, it’s hard to imagine them selling. For them, it is a vision realized.

Thanks to everyone who made it so much fun to be a judge at the Samuel Adams Brewing the American Dream San Diego Pitch Room Competition. Best of luck to runners-up Kilowatt Brewing, Kombucha on Tap, BZZZBeans and Cobblestone Foods Inc. Each had a great product. The regional winner, Dana Stenzel of Stenzelberry, advances to the national finals in New York in December. Her sweet fire pepper jelly was indeed hot stuff.