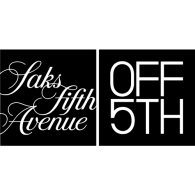 The 40,000 square-foot store will occupy approximately half of a former Mervyn’s space at Carmel Mountain Plaza, which is owned by San Diego-based American Assets Trust Inc. The retail center is on Carmel Mountain Road near Interstate 15.

The other half of the Mervyn’s space was filled by Nordstrom Rack, which opened in 2012.

Saks officials said the San Diego store will be the largest within its national chain of 75 Off 5th stores, which sell off-price merchandise including designer brands originally sold in the company’s flagship Saks Fifth Avenue department stores.

It will be the second local store for Off 5th, which also operates in Mission Valley.