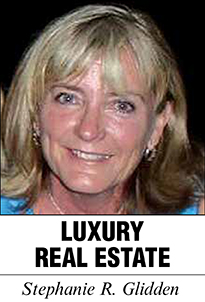 When most of us think of San Diego County luxury homes, San Marcos may not be the first community to come to mind. But think again. This sleepy city that houses the relatively new California State University, San Marcos has several pockets of magnificent luxury homes, many with the best views in the county.

As far as location goes, it’s the “sweet spot.” It’s just enough inland to not get the coastal fog that can settle in for an entire day and just enough west to benefit from cool ocean breezes, except that it’s sunny all day.

An example of one of the luxury pockets is in San Elijo Hills, a master-planned community development off Rancho Santa Fe Road, south of San Marcos Boulevard. Complete with its own downtown and office and commercial space, it looked more like a movie set for a number of years until the trees and landscaping matured. Now it looks like something right out of “It’s a Wonderful Life” — without the snow, of course.

The first 10 years in San Elijo were a flurry of housing construction of all types, from huge detached family homes on large parcels to luxury apartments.

Then the recession hit. If there ever was a situation that could be the poster child for what happened to the housing market when it first cratered, parts of San Elijo would be it.

In 2012, my husband and I hiked up to Double Peak in San Elijo — the highest peak in North County Coastal, and stumbled on this eerie scene in a development where a few homes were completely built and a few more were halfway built, as if the construction crew had just walked off the job one day. There was nothing else there but a bored security guard, graded empty lots and hawks circling. We had stumbled upon The Estates, a stalled development hit hard by the housing crash.

A ‘Chain Reaction’ in The Estates

Mary Maloney, founder and owner of Hometown Realty in downtown San Elijo, knows this development well. She sold a home in April 2014 in The Estates at 1065 Quartz Road for almost $1.83 million — the highest-priced home sold during the last six months in all of San Marcos.

“Only one house sold, and the project went bankrupt and the assets were turned over to a bank,” Maloney said.

Then that bank was taken over by the Federal Deposit Insurance Corp., she said, before eventually, Home Federal Financial Corp. (Nasdaq: HFFC) was able to buy the property back and formed a partnership with Davidson Communities to rehab and refurbish the properties to get them ready to sell.

Maloney, one of the first 20 families to buy in San Elijo, had a long list of clients who were waiting for the homes to come back on the market, and then some of those clients made offers before they were listed.

“That started a chain reaction of other buyers making offers,” Maloney said.

According to my research, six homes sold in The Estates from April 9 to May 21, ranging in price from $1.3 million to $1.8 million. None of them were ever on the multiple listing service. There are 79 lots left, Maloney said, and to her knowledge a builder has not been selected for them.

On the opposite side of San Marcos toward the north is another area that has pockets of large estates. Off of Buena Creek Road, up Sunshine Mountain Road, perched on 8.75 acres high on a hill, is a custom Mediterranean estate for sale for just under $2.4 million. Bree Bornstein with K. Ann Brizolis and Associates is the listing agent. The home is on 5 acres and the remaining 3.75 acres has a separate tax ID number, Bornstein said. The home is behind a private, gated entrance of only five homes and has ocean, hill and city views. There is also a separate guest house with a private entrance.

Plans for a Downtown Approved

There is going to be a lot going on in San Marcos over the next decade or so. The city recently approved a comprehensive 214-acre downtown-specific plan between San Marcos Boulevard and San Marcos Creek. The project includes a mixed-use development, a 73-acre habitat preserve, environmental enhancements and infrastructure improvements such as roadways, bridges and flood control.

The first private development is slated to begin construction in late fall 2014 and open about a year later. This project will include about 100 affordable apartments, 26,500 square feet of commercial space, a community garden, meeting space and small public park. Construction has already begun on the first portion of the project, which includes habitat restoration, a flood wall, a park along Discovery Street, and construction of the Creekside Promenade.

Private developers have started development on North City, beginning at the foot of the university with student housing. The plans include parks, retail, commercial and residential areas stretching almost to the new, highly ranked San Marcos High School.

The sunshine in San Marcos just got a little brighter.