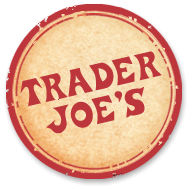 The Monrovia-based retailer has a signed a lease to open an approximately 13,000-square-foot store at 13480 Highlands Place, inside the The Village at Pacific Highlands Ranch. The mixed-use project, being developed by La Jolla-based Coast Income Properties Inc., is currently under construction.

A Trader Joe’s spokeswoman said a more exact timeframe for the store opening will be announced at a later date. The retailer operates more than 400 stores in 40 states, including 13 current locations in San Diego County.