Footprint May Shrink Along With Budget 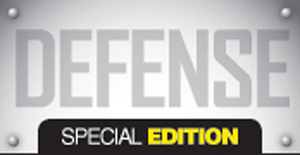 “It would be naïve to think there will be no impact locally,” said Dan Broderick, president and CEO of commercial brokerage firm Cassidy Turley San Diego. “The question is how much of an impact there’s going to be.”

For the time being, he said much of the military-related work done locally stems from the government’s increasing focus on high-tech equipment geared to surveillance and security, such as unmanned aerial drones.

In response, companies working in that segment, such as Northrop Grumman and General Atomics, along with their subcontractors have recently been adding to their leased space and also acquiring industrial buildings to expand research and development capabilities.

For instance, according to CoStar Group, one of the largest local industrial building acquisitions of 2011 was General Atomics’ $22.2 million purchase of a 206,000-square-foot Poway warehouse building.

Companies making large leasing deals or scouting the market for more space in the past year included BAE Systems and SAIC.

Broderick said the need for modern, spacious work settings has grown the defense contractors’ geographic footprint in recent years from traditional hubs — such as Sorrento Mesa and sites near the SPAWAR complex in central San Diego — to more suburban markets such as Rancho Bernardo and Poway.

“Most of these companies work on contracts of two to five years, and they’re going to base their space needs on their existing contracts,” he said, adding that as current work winds down, the impact on buying and leasing activity will be revealed over the long run.

Herb Hafter, a senior vice president in the San Diego office of brokerage firm CBRE who deals with defense-related clients, said companies have already begun bracing for a time when there will be less Defense Department work available.

Some national industry players are simply scaling back on future space requirements, and Hafter said the trend could accelerate as the defense industry sees more mergers and acquisitions. Some larger firms will be buying smaller ones to obtain access to cutting-edge technologies now in demand.

He noted that some firms, such as Boeing Co. and SAIC, have already begun seeking out more private-sector work to balance out what is expected to be a long-term decline in military and other public-sector projects amid federal budget-cutting.

“You’re going to have companies looking to do more with less space,” Hafter said. For now, he said, the local region is faring better than others for space demand as the Pentagon maintains an emphasis on bolstering its Pacific forces and security infrastructure.

Still, there are signs that defense-related firms are slowing down in their quest to build their local real estate presence.

According to data from Cassidy Turley, there were two defense-related companies actively looking for approximately 65,000 square feet of new local space in the first quarter of 2012. That was down from the five companies seeking out just over 305,000 square feet in the same period a year ago.

Defense-related firms have generally held steady since 2008 as a generator of new office and industrial leasing deals in San Diego County, representing around 3 percent of all new leasings in the region.