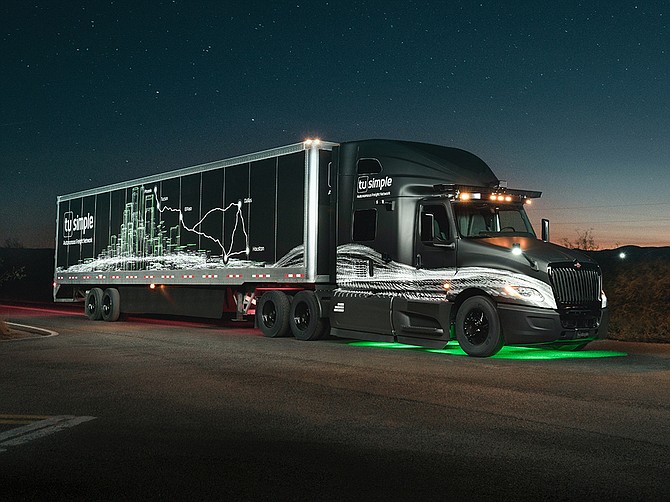 Photo courtesy of TuSimple
TuSimple recently demonstrated its technology by sending a Class 8 autonomous truck, similar to the one seen here, on an 80-mile run between two Arizona cities.

San Diego-based TuSimple (Nasdaq: TSP) displayed the capabilities of its autonomous big-rig truck with an 80-mile nighttime run between two Arizona cities — on public highways, alongside other vehicles, with no human in the cab. 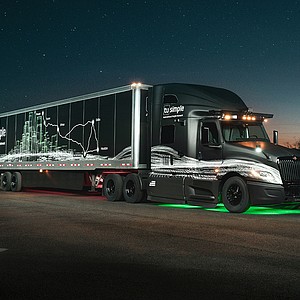