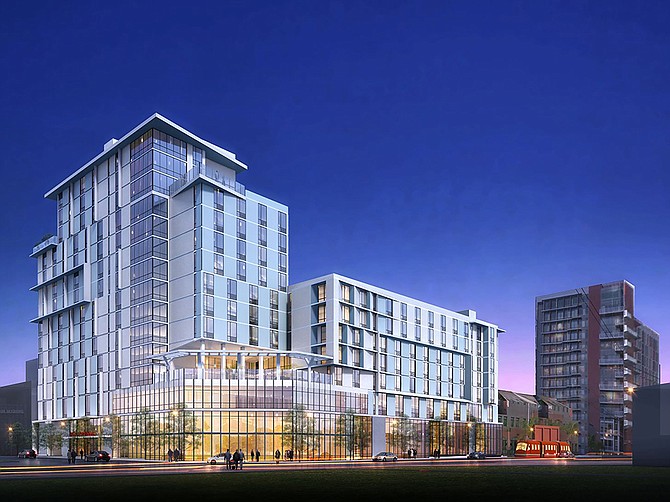 The new 14-story Saint Teresa of Calcutta Villa being built at the corner of 14th and Commercial streets will provide housing for more than 500 people. Rendering courtesy of Joseph Wong Design Associates.

Construction has reached the halfway point for a $145 million downtown East Village apartment tower with a twist. Unlike many of its neighbors, the target market for Saint Teresa of Calcutta Villa are some of the same people who may now sleep in the shadows of the steel shell of the rising building – homeless or recently homeless individuals, veterans and families. 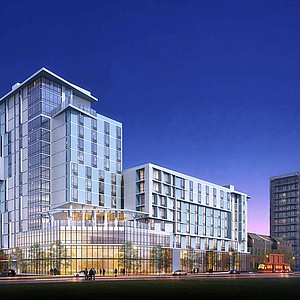