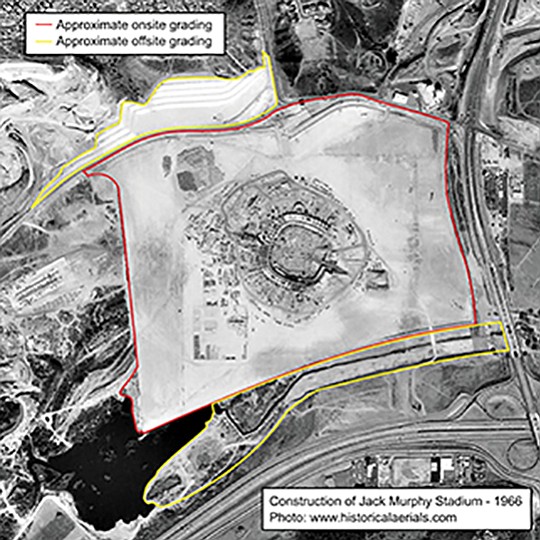 This photo from 1964 and 1966 shows the Mission Valley stadium site prior to being graded. Soil from the farm fields on higher ground at the top of the photo was used as fill lower ground at the bottom of the site, producing a more level surface for the stadium and parking lot. Photos courtesy of www.historicalaerials.com

As San Diego debates what should be done with the former Chargers’ stadium site, and stakeholders debate the current status of the remediation of the petroleum plume from the Mission Valley terminal tank farm, there are potentially other environmental issues that shouldn’t be overlooked. While the site doesn’t have much in the way of historical industrial land uses, it does have a history of large-scale commercial agriculture. 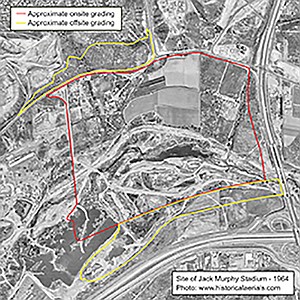