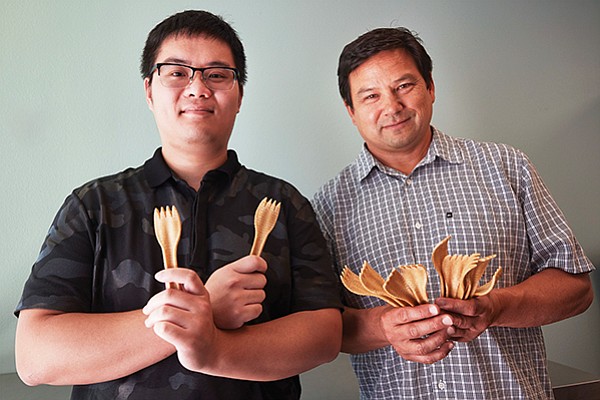 Zack Kong, CEO and founder of TwentyFifty Fork, at left, and his mentor Albert Liu. The company produces compostable utensils. “The plan is to produce 180,000 a day to start, and then, by the end of next year, 300,000 units per day, for a total of close to 10 million a month,” said Liu.

Compostable Cutlery Aims to Serve Diners and the Environment

DINING: Co. to Open Local Plant; Pricing May Be Challenge

It wasn’t until March of this year, after introducing his creation at the Natural Products Expo West, a natural, organic and healthy goods event in Anaheim, that Zhicong “Zack” Kong, CEO and founder of TwentyFifty Fork, a compostable cutlery company, decided to speed up plans to begin mass manufacturing his natural grain-based fork. 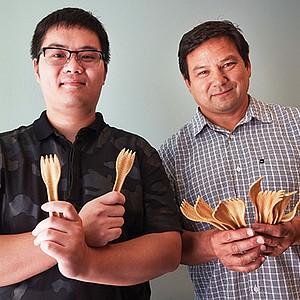