CEO Jon Carder says Empyr plans to double its headcount of 60 in their Sorrento Valley office over the next 12 months.

As much as companies assert their uniquenesses, some users see little difference between using Uber or Lyft to hail a ride via smartphone or Livingsocial instead of Groupon for local deals. 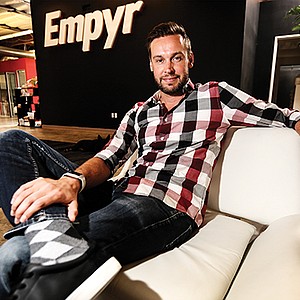