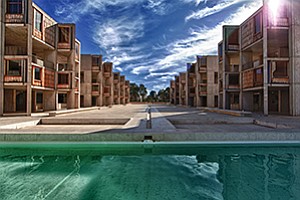 The Salk Institute’s teak window-walls are more visible from the west end of the plaza, as seen in this pre-restoration photo taken in 2013. Photo courtesy of Salk Institute

Restoring the Salk Is Both Art and Science

$9.7M Building Restoration Had to Meet The Approval of Stakeholders, Regulators

The project of reviving the Salk Institute — the structure completed in 1965 on a canyon near the La Jolla cliffs — goes on much like any other major project in its labs. The process is methodical, scientific and well thought-out. 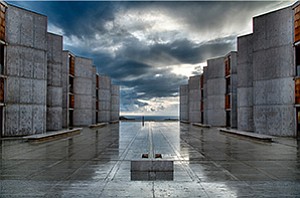