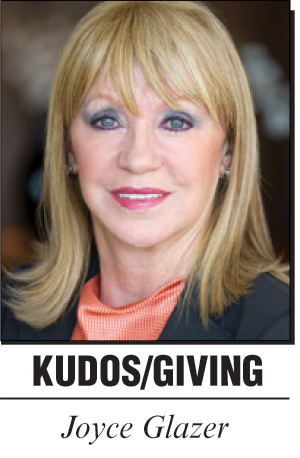 Twilight in Tuscany, the 102nd anniversary charity ball, was held on Feb. 19 at the Hotel del Coronado. The event, chaired by Lisa Vieira, raised $270,000, which will go to benefit Rady Children’s Hospital — San Diego Heart Transplant Program. Gold sponsors included Ayres Advisors, SDG&E, Union Bank and Wells Fargo. Silver sponsors were Bank of America, Bridgepoint Education, Audrey S. Geisel/The Dr. Seuss Fund /San Diego Foundation and the Hotel del Coronado. Other sponsors included TriWest Healthcare Alliance and Victory Pharma … Three San Diego Chargers players Shaun Phillips, Stephen Cooper and Antoine Cason raised $22,700 for After-School All-Stars San Diego as part of the Touchdown vs. Shutdown pledge. Companies including Scott & Cronin and The UPS Store locations matched donations for a total of $44,700. The funding supports after school programs which provide physical activities for children, regardless of athletic ability and parents’ income … The College of Business Administration at San Diego State University recognized Gail Naughton with Beta Alpha Psi’s Outstanding Dean for 2011. Beta Alpha Psi is an honorary and service organization for accounting, finance and information systems students attending AACSB or Equis-accredited universities. Naughton was selected for the award based on her support of Beta Alpha Psi and the students of the SDSU chapter … The Jewish Women’s Foundation awarded $245,000 in grants to support five programs in the community that develop self-esteem and leadership skills in teenage girls. “This is an extraordinary initiative that has the ability to touch the lives of girls from all walks of life,” said Jennifer Levitt, chair of the Jewish Women’s Foundation.” … The Make-A-Wish Foundation of San Diego raised $103,000 at the second annual Walk for Wishes on Feb. 26 at SeaWorld. Major sponsors included SeaWorld, San Diego County Credit Union and Bridgepoint Education. The funds raised will be used to grant wishes to children with life-threatening medical conditions … The Sundt Foundation granted $12,000 to nonprofits during the past quarter. The Foundation was founded in 1998 to give employees of Sundt Construction a means of giving back to the communities where they live and work. Seven organizations received grants ranging from $1,000 to $2,500 … The International Facility Management Association began working on its 2011 Hands on Project for the San Diego Youth Services on March 5. The Spring Valley and East Communities Center was created two years ago after an elementary school was closed down. IFMA obtained donations for materials and labor for six new planter boxes to be used as a platform to begin the community garden project. The goal of SDYS is to dedicate part of the property to be a training, demonstration and community garden where community members can take classes… Promises2Kids received a $30,000 grant from the S. Mark Taper Foundation. The grant will be used for general operating support to help strengthen programs and services including Mary’s House Transitional Housing Program at the Polinsky Children’s Center. The Guardian Scholars Program will also receive support … An Evening of Excellence is is scheduled for April 9 at the Parma Payne Goodall Alumni Center at San Diego State University. The event is in honor of President Stephen Weber and Susan Weber for fifteen years of dedication and service to SDSU … Girl Scouts San Diego-Imperial Council held its “10 Cool Women of 2011” on March 15 at the Del Mar Country Club. Those being honored were recognized for their professional accomplishments, community contributions and leadership, making them role models for young girls.