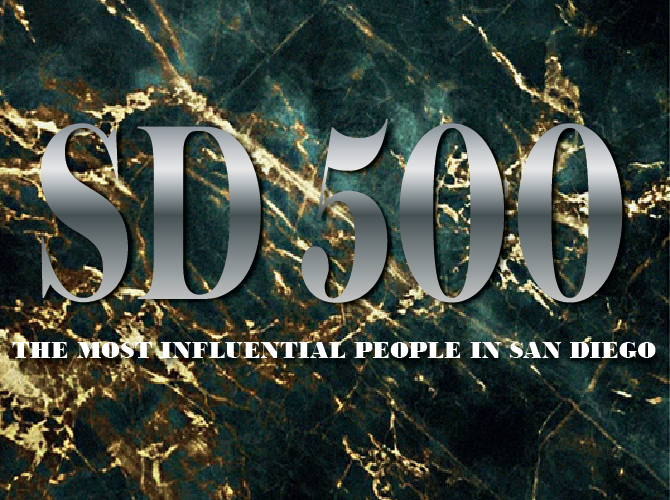 Every member of the San Diego 500 makes a contribution to the region’s economic life. Many work to build or improve the community at large. Then there are those whose work is so influential, and whose contribution so great, that the San Diego Business Journal recognizes them as icons.

Readers who have seen previous editions of the SD500 will notice familiar names in the icons section.

They will also find 10 newcomers.

New to the list this year is Paul Barber, who was named chairman of JMI Equity in 2021. Barber was previously managing general partner and continues to serve as a director for JMI portfolio companies; he is also involved in JMI’s investment committee.

Stanley Crooke, who founded the company that would eventually be named Ionis Pharmaceuticals in 1989, was CEO until 2020. In 2021 he retired from his role as executive chairman and his role on Ionis’ board, shifting his focus to his scientific interests and the nonprofit n-Lorem Foundation.

Michael Fasulo retired from his job as president and COO of Sony Electronics in 2021. Fasulo was in charge of Sony Electronics’ operations in North America for seven years. He led a strategic turnaround of the business, achieving record results. Fasulo received the Lifetime Achievement Award as part of SDBJ’s 2020 CEO of the Year Awards.

Ernie Hahn was the general manager of the San Diego Sports Arena (now Pechanga Arena) from 1996 to 2021, and had a hand in thousands of events. He is now chairman of Dream Hahn, a marketing firm that includes Wonderbus Entertainment, which was unveiled this year.

Former La Mesa City Councilman Barry Jantz served as CEO of the Grossmont Healthcare District from 2004 until his retirement in 2021, and is new to the icons list.

John D. Klinedinst started his business law firm, Klinedinst PC, in 1983. He oversaw its growth to five West Coast offices, and took the title of chairman emeritus in 2021. He was recognized by SDBJ as one of San Diego’s Most Admired CEOs in 2019.

Bob Leone, founder and president of MRC Smart Technology Solutions, retired after 48 years in July. The business provides printing services as well as managed IT services. A five-time winner of the San Diego Business Journal’s CEO of the Year Award, Leone now consults on business issues and volunteers with multiple homeless services agencies.

Bob Watkins, president and chairman of R.J. Watkins & Co. Ltd., was the executive search consultant who recruited several people for high-power jobs in San Diego down through the years. He is also a new addition to the icons list.

The majority of people on the icons list make repeat appearances. Several made major moves in 2021.

Malin Burnham expanded his already extensive civic and philanthropic work by becoming founder and chairman of the Burnham Center for Community Advancement. The organization is a “think-and-do tank” working to improve San Diego’s future.

Constance Carroll retired from her post as chancellor of the San Diego Community College District in July. She had held the position since 2004 and was previously president of Mesa College.

Mary Walshok stepped down as dean of UC San Diego’s extension programs in mid-2021. She is currently spearheading the university’s new downtown building at Park and Market.

The preceding is only part of the icons’ stories.

Read on for more. Profiles of the icons begin on page 92.