If you think you may have seen San Diego State men’s soccer captain and defender Kyle Colonna in advertisements for a sports nutrition company or SDSU softball first baseman/catcher Alexis Otero promoting a line of athletic clothing, you aren’t mistaken.

Colonna and Otero are part of an ever-growing group of intercollegiate athletes around the nation, including more than 100 student-athletes at SDSU, profiting from the use of their own name, image and likeness – known as NIL.

Higher profile athletes and those attending big-name schools also have gone full force into NIL. In Early May, Kentucky quarterback Will Levis signed a NIL partnership with a local Ford dealer.

In an era of followers, influencers, trends, “likes” and more on social media spots including Facebook, Instagram and Twitter as well as the proliferation of personal websites, NIL has become a way for student-athletes to market their own personal brand and get paid for it.

“Personally, I am excited that our student athletes now have the ability to take advantage of their name, image and likeness,” said SDSU President Adela de la Torre. “This is major opportunity, and it allows them to engage with our San Diego business community to create partnerships that are mutually beneficial. We have incredibly talented young men and women that can create value for businesses while simultaneously growing their own experiences that will only benefit them throughout their lives.”

“The purpose of NIL is to allow the students to have their power back,” said Tim Lanski, senior associate athletics director of compliance in the SDSU athletic department. “It’s past due and time that people recognize it.”

NIL took effect in July 2021, lifting some of the National Collegiate Athletic Association’s stronghold on college athletes in not allowing them to market themselves for profit. Student-athletes in the NCAA in Divisions I, II and III have long been considered amateurs who if compensated would lose their eligibility.

But new laws have been passed in many states, including California, that allow student-athletes to engage with companies to promote their personal brand.

Colonna, who is originally from Danville in the San Francisco Bay area, has several endorsement deals, including promoting items from Colorado-based Honey Stinger. Otero, a Chula Vista native and graduate of Eastlake High School, is a face behind SEAAV Athletics.

“I’ve started to see the entrepreneurial benefit of marketing myself and being proactive in this process,” Colonna said.

Colonna said the deal with Honey Stinger, a company he says he shares similar values with regarding social change, allows him to enjoy the products the company makes in exchange for sharing photos of himself with the product on his social media sites.

Otero said she gets a discount for SEAAV gear, which is made out of recycled items, and which she “truly wears all the time.”

She said the founder of the company was a classmate of hers at the college she attended before transferring to SDSU, Quinnipiac University. Otero said she also is an ambassador for Encinitas-based athleisure clothing company Vuori, and also gets a discount on items.

Colonna and Otero have been better able to navigate the new territory thanks to Michelle Meyer, who was hired in 2021 by SDSU as its Name Image and Likeness Coordinator.

“Considering NIL is such a big thing, a lot of our eligibility worries are less but I still go to Michelle for NIL questions whenever I’m not sure of something,” Otero said. “Like if I’m unsure, ‘Can I post this or can I do that?’ I will go talk to Michelle. I don’t want to put anything at risk.”

Meyer is an expert in the NIL field, and in 2020 founded NILNetwork.com, which offers resources to help athletes, coaches and administrators find their way through NIL. She has also met with more than 100 NIL company founders and thought leaders.

Finances Are in the Forefront

Meyer said she is also currently working on a document related to return on investments related to companies’ NIL partnerships with college athletes.

Even though NIL is relatively new, positive ROI statistics are already documented.

In February, Forbes reported that Boost Mobile’s ROI from July 1, 2021 through Feb. 14, 2022 was boosted in a big way because of its partnerships with more than 150 other student-athletes across the country. Forbes reported that Boost Mobile’s average engagement on Instagram increased from .17 percent to 2.5 percent because of college athlete “influencers.”

“NIL is a fluid space and has been for the past few years,” Little said. “We’d like local businesses to reach out to student-athletes to engage but there are rules to it. We want to educate donors that this is available.”

San Diego State has been swift in developing ways to help its student-athletes find their way through the ins and outs of NIL as well as educate businesses on what NIL opportunities they can seek.

The programs allow communication and opportunities for endorsements between student-athletes and sponsors, donors and fans and to ensure SDSU athletes understand of how to best take advantage of their NIL in the areas of education, empowerment, opportunities and protection.

Another program, Opendorse, educates student-athletes on how to build their personal brands and gives them access to NIL experts and helps them learn best practices with NIL. The Nebraska-based company says more than 70,000 athletes are using its portals.

While the NCAA has taken a back seat in deciding how to move forward with NIL, and Congress has yet to consider the topic, individual states have been establishing the rules for student-athletes in their region, Little said.

“As you can imagine, each state’s legislation is different from the next,” Little said.

California was the first state to get moving on NIL when in August of 2019, Gov. Gavin Newsom signed Senate Bill 206, the “Fair Pay to Play” Act. At the time, Newsom said that the legislation would change college sports for the better and would balance the power of student-athletes.

In August of 2021, Newsom signed Senate Bill 26, which further allowed college athletes to secure endorsements and sponsorships without fear of losing scholarships or eligibility.

The act was supposed to be effective as of Jan. 1, 2023 but was expedited and went into effect Sept. 1, 2021. Before that even happened, on July 1, 2021, the NCAA made effective its own interim policy permitting NIL payments to be made to student-athletes.

Meyer said while there are lot of new deals to be had with big, national brands for student-athletes, there is also a “cool, mutually beneficial activity” with NIL that does not involve a direct exchange of money or product.

“It’s not just about revenue generating, NIL is also a huge opportunity to engage with the local community,” she said. “I’m really excited for some opportunities with this. Let’s say an athlete goes out to a football clinic for 8- to 11-year-olds, and those kids idolized SDSU athletes. Then they want to go to the football game, remembering they did a clinic with the guy on the field.”

Colonna said that in that same light, he is using his NIL to be part of a nonprofit called Matters Athletic sports coaching.

“We focus on helping underprivileged kids learn and grow through athletics,” he said.

The group meets twice a week with first-, second- and third-grade students from a local elementary school and teach them drills and lessons related to sports and then a classroom session with worksheets to fill out.

“This gives them a place to play and learn, a safe place where people care about them,” he said.

Colonna, 22, is a civil engineering major but with his foray into NIL has been finding he has a passion for business and is considering getting into engineering sales moving forward.

“I feel like marketing myself is one of the best strategies for sales,” he said. “[NIL offers] the kind of experience and skill building that when I work with companies, the incentives will ultimately help me what I want to do in the future. It’s really in my hands to be proactive.” 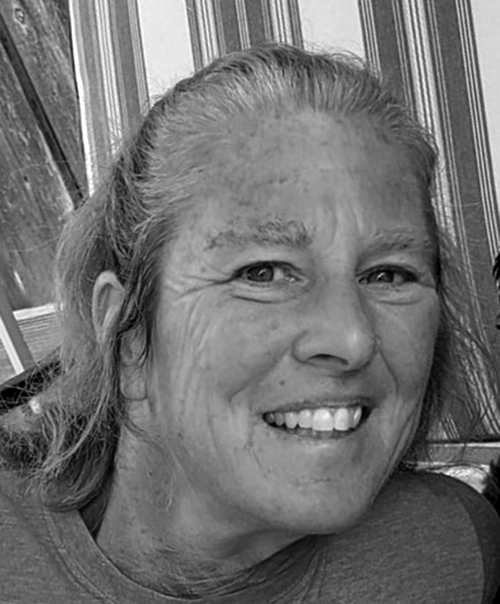