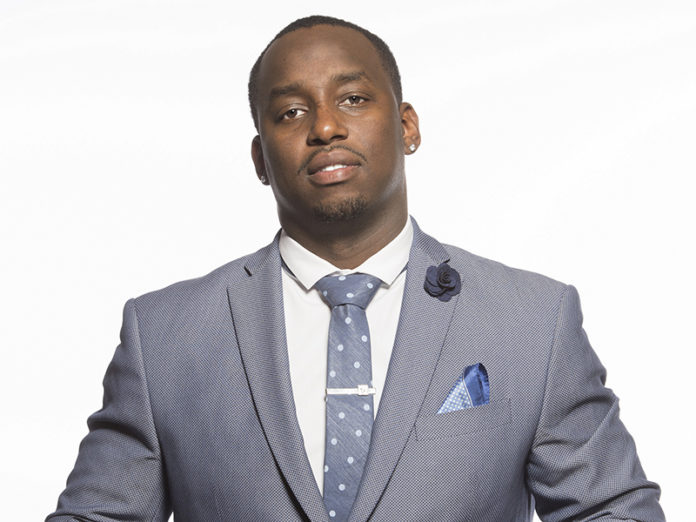 In 2018, with $700 from his personal savings and financial help from a silent partner, Jamie Johnson founded Elevating Nightlife Group, a locally based hospitality company with a focus on nightlife and a mission of pumping new life and energy into downtown San Diego.

With this vision in mind, Johnson purchased F6ix nightclub in 2016 and Pop’s Liquor Cabinet, a tiny downtown craft cocktail bar that only seats 12, that same year. In 2018, he opened his first restaurant, The Morning After, a breakfast and brunch spot, also in Gaslamp Quarter. And, in 2019, when FLUXX Nightclub came on the market, ENG jumped at the opportunity to purchase and operate it, he said.

That same year, FLUXX, the company’s anchor establishment, made $3.2 million in revenue, said Johnson. In 2020, he projects the club, located in San Diego’s Gaslamp Quarter, will increase its annual revenue by 15% and Elevating Nightlife Group (ENG) will garner about $4.5 million altogether.

“I was inspired to create Elevating Nightlife Group because I saw the need to bring life, youthful vision and new money into San Diego’s nightlife industry,” said 31-year-old Johnson, born and raised in Louisiana and a graduate from Waldorf University in Iowa with a degree in finance and minor in entrepreneurship. “Before us, it seems as if all other nightclubs were owned and operated by old money. I had a vision of bringing younger talent, new ideas and a fresh approach to an ever-changing industry.”

For Charles Burris, Johnson’s partner in FLUXX and F6ix, it was a no-brainer to collaborate with the then-budding entrepreneur after witnessing his hustle for a handful of years as a VIP host in the San Diego nightlife scene.

“I didn’t even know him that well then — maybe just two or three years when I used to attend the clubs often — but this has worked out,” said Burris, who was in pharmaceutical sales before delving into the nightlife industry with Johnson. “I knew he would bring knowledge to the table.”

To Burris’ point, not only is Johnson bringing knowledge, but also talent that might not otherwise make its way to San Diego.

These days, with Johnson handling bookings, his club venues host artists once a month like rappers Wiz Khalifa and Young Jeezy as well as R&B artist Jacquees, he said, finding success recently through bringing throwback music artists to town. As a result, FLUXX sees anywhere between 500-1,500 guests per night, Johnson said, while F6ix welcomes about 200-600 on average.

What is your background; how did you get into hospitality?

I was born in Bosco, Louisiana, and raised by my grandmother. She taught me that hard work beats talent. I attended Waldorf University in Iowa and was a bit of the “big man on campus” — I was also the quarterback of the football team — and graduated with a bachelor of arts degree in finance and minor in entrepreneurship. I always wanted to move to the West Coast… I purchased a one-way flight to San Diego in 2012 with just $250 in my pocket and dove into the world of nightlife operations. I worked from the ground up: I started filling party buses with guests, then moved up to fill clubs as a promoter before working as a VIP host and manager at various venues. Within about seven years, I had climbed the ladder from promoter to nightclub and restaurant owner.

What does a typical night for Jamie Johnson and Elevating Nightlife Group look like?

A regular night starts about two hours before each venue opens. The bar is prepped, audio and visual are checked, the whole venue is double checked for cleanliness and everything is stocked. We have pre-shift meetings at both FLUXX and F6ix before the doors open. It’s the perfect time to get the team ready for the night, whether it’s with goals for the night or side bets about who can ring drinks in the fastest, sell the most that night — it’s a young staff that are all friends, so, it makes for a fun environment. Both venues close at 2 a.m. but there’s plenty of side work that takes place until 3 or 4 a.m. before everyone wraps up for the evening… At The Morning After, there’s always a breakfast and brunch rush. But because we have late night offerings on Fridays and Saturdays, there’s always a fun crowd that comes in between 9 p.m. and 3 a.m.

How do you market your business and who are your competitors locally?

We work with a combination of digital, social and traditional marketing. We have in-house talent and work with external agencies, too. The biggest thing in this industry is relationships — we build relationships with other venues, complementary businesses, local residential buildings and more. We have video shoots, photoshoots, appreciation nights for various markets, party buses, outside promotional teams and more. Our VIP team is very involved in executing all of these initiatives, too.

(In terms of competition,) F6ix just celebrated its eighth anniversary. It really is San Diego’s only hip-hop nightclub. It’s true to the culture, fashion and energy in ways that many of the other “hip-hop” clubs (around town) aren’t… Pop’s Liquor Cabinet is unique in that it’s San Diego’s smallest cocktail bar… It has an intimate atmosphere and a great cocktail program. The Morning After opened in late 2018 and answers the call for a fun and social breakfast, brunch and lunch in the Gaslamp Quarter… (It) creates colorful, whimsical dishes and drinks with flair from early morning to afternoon and late night on Fridays and Saturdays.

How do you stay ahead of the curve when it comes to competition?

There’s plenty of competition in the hospitality and entertainment industries… There has been a lot of competition, and a lot of change in the Gaslamp Quarter over the years… You have to work hard to stay at the top with the constant changes and new competition entering the space… We’re proud that F6ix and FLUXX remain popular… I think that people continue to choose our venues because of the energy and service that our team brings.

Speaking of F6ix and FLUXX, what do you think makes them stand out among other venues in downtown?

We always like to keep things unique and creative. F6ix, for example, is unique in the type of music we play. It’s really the only true hip-hop nightclub downtown. We don’t try to follow the trends of Top 40, Latin trap and other types of music. Hip-hop is forever. FLUXX has remained popular because guests can always expect something different. We host DJs from around the country that other venues are too small to host… One month you’ll see mermaids and a water tank, and the next there will be staff riding rockets.

What is the hardest part of running your business?

Finding experienced nightlife personnel in San Diego has been a challenge because the industry is relatively small but the market is so big. We value fresh energy and new faces and believe in training our staff to reflect the service standards and high expectations. We retain a lot of our talent by keeping company morale high. We host company outings, group events such as our “ENG Games” and an annual trip to Big Bear. We also value promoting from within the company. Anyone has the opportunity to learn a different position once they’ve mastered their own.

What’s next for Elevating Nightlife Group?

We’re constantly looking for new venues to add under the ENG umbrella. But, for now, we are slowly working on making upgrades to the existing venues. We most recently repainted F6ix and reupholstered the couches, as well as updated the sound and lighting system. As for FLUXX, we are constantly changing the look and feel. The next item on our bucket list is remodeling the restrooms and reupholstering the FLUXX VIP Section.