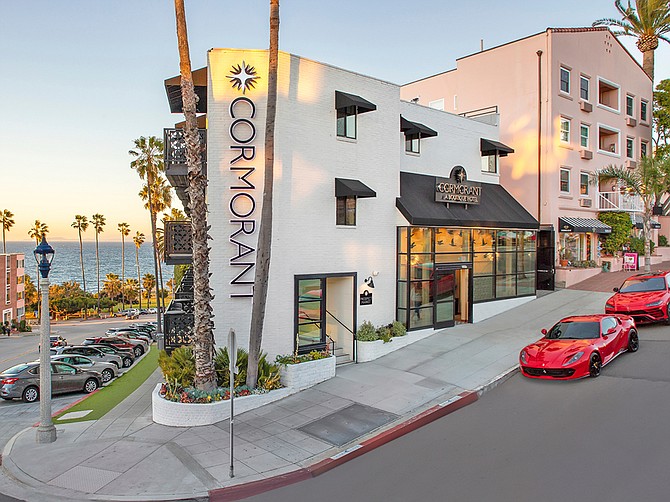 The former La Jolla Inn has been renovated and renamed the Cormorant Boutique Hotel. Photo courtesy of Oceanic Enterprises

A La Jolla hotel has undergone a $4.5 million renovation by Oceanic Enterprises, giving it an art deco flavor along with a new name.

The Cormorant Boutique Hotel, 110 Prospect St., takes its name from the cormorant birds that nest in the nearby La Jolla cove and references to the birds are scattered throughout the hotel. 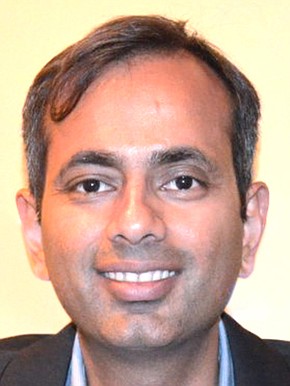 The company initially planned to make minor improvements to the hotel, “then we decided, let’s do this the right way, and went all the way in,” Chawla said.  “It was just an old hotel, not exciting at all – old carpet, older rooms. It was just a property that was never upgraded for the last 30 years.”

Considering the location with ocean views and within a quick walk to La Jolla Cove and the center of La Jolla Village, Chawla said the hotel begged to be remodeled.

“I don’t think it gets any better in La Jolla Cove than the location we have,” Chawla said. “We saw a missed opportunity at this location.”

Most of the rooms have balconies with ocean views.

“There’s very few view spots in La Jolla where you can watch the ocean with the sun setting. It’s just a mesmerizing view,” Chawla said.

Room interiors were all redone with designs reminiscent of the art deco hotels of the 1930’s.

Each room has a slightly different look, Chawla said.

“You can kind of stay and try  out the different rooms. They’re not cookie-cutter rooms.”

The hotel started in the mid-1940’s as the Prospect Market -- then the only market in La Jolla.

In the 1960s, hotel rooms were added to the market, and it became La Jolla Inn.

The 300 square-foot market has been kept and upgraded as part of the renovation.

Designed by Greenwood & Black, the hotel was redone in what Chawla said was “mid-century modern” mixed with art deco.

With the COVID-19 pandemic in full force and working with such an old building, “We had to work through a lot of challenges,” Chawla said.

Chawla said he expects to attract a younger crowd than might normally be associated with La Jolla, with cell phone aps to do such things as unlocking room doors.

In describing the hotel, General Manager David Vecchione said it “offers effortless elegance with comforts and activities of the barefoot San Diego lifestyle.”

In keeping with the cormorant theme, a rooftop bar and restaurant that was added as part of the renovation is named the Birdseye, accessible through the hotel or an outdoor alley where a living organic wall was added.

“The chef grew up learning recipes from his grandmother,” Goldman-Sachs said. “It’s sort of an Argentine infusion menu, American style.”