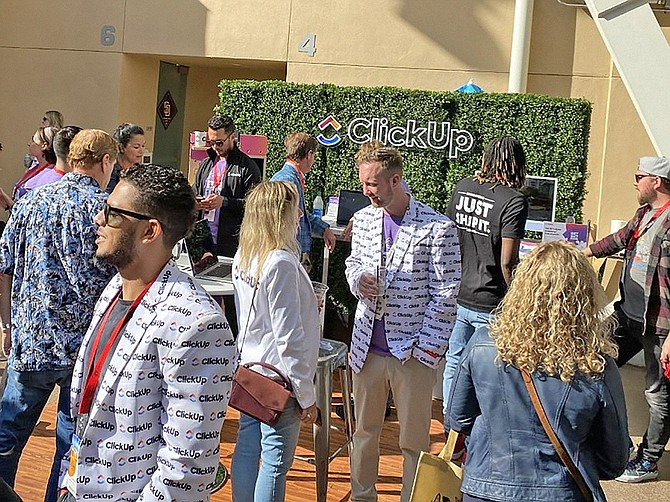 The inaugural Five.Ten.Thirty drew about 3,400 to Petco Park on April 28. The daylong event organized by Connect San Diego featured booths from around 100 startups across a variety of innovation industries. There were also over 180 venture capital groups and around 140 angel investors in attendance. 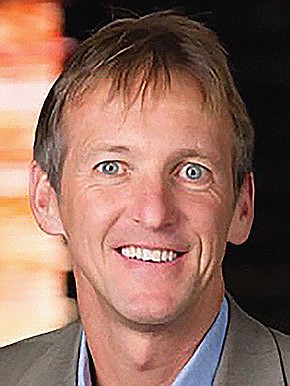 Krenn said he designed the event to highlight the business community itself, which was his favorite aspect of Five.Ten.Thirty.

“There were no speakers, no real agenda – just the innovation community of San Diego coming together,” he said. “There’s really great people here, with very little arrogance, who want to create something better. It’s really quite special. We need to keep that up.”

In addition to the booths and investors, Five.Ten.Thirty also featured entertainment from musicians, painters, poets and costumed stilt walkers. At the end of the day, a video highlighting San Diego’s innovation business community played on Petco’s screens, followed by a fireworks display. 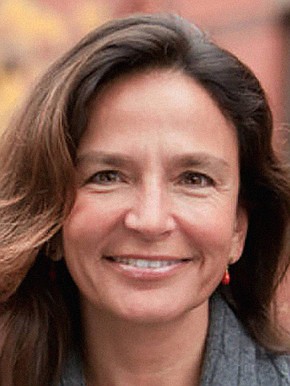 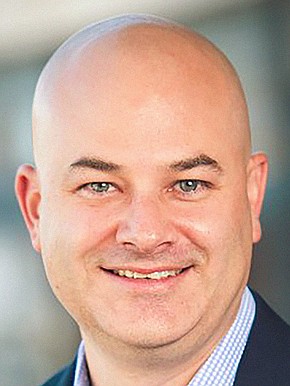 “Our whole team was blown away, inspired and even more excited than when we came in,” said Pelin Thorogood, co-founder of Radicle Science, a 2022 Cool Company that provides a testing and proving solution for cannabis and wellness products. Thorogood especially enjoyed the video because it showed “the intentional collaboration that this community has from the university system to the amazing large organizations to the very entrepreneurial startup community that we’ve been able to foster.”
Michael Howell, chief science officer at skin cancer detection company DermTech, said he enjoyed the learning about other companies and that walking around the booths inspired his curiosity to drive additional innovation in his own work.

“I truly believe that this was a world-class event that could serve as a platform for creativity, collaboration, and large-scale innovation,” he said. “I am already looking forward to the next innovation day and anticipating more companies and space next year. As technology continues to grow throughout the San Diego area, I expect this event to grow exponentially as part of the innovative ecosystem.”

Krenn is looking ahead to growing Five.Ten.Thirty for next year.

“We’re already talking with a number of other organizations where we may be able to bolt on other pieces to create a multi-day event,” he said. “I truly believe we are just getting started.”

“San Diego is at a pivotal point in its evolution. We can simply choose to plateau, or we can continue to scale and grow. Or, best of all, we can put in the extra work to scale intelligently so that we lift up the entire megaregion over the long term so that we create opportunities for families to thrive, regardless of where in San Diego they live,” Krenn said. “We all want the latter option, but it’s the most difficult of the three to achieve. We need leaders across tech, life sciences, the government to want it and help make it happen.” 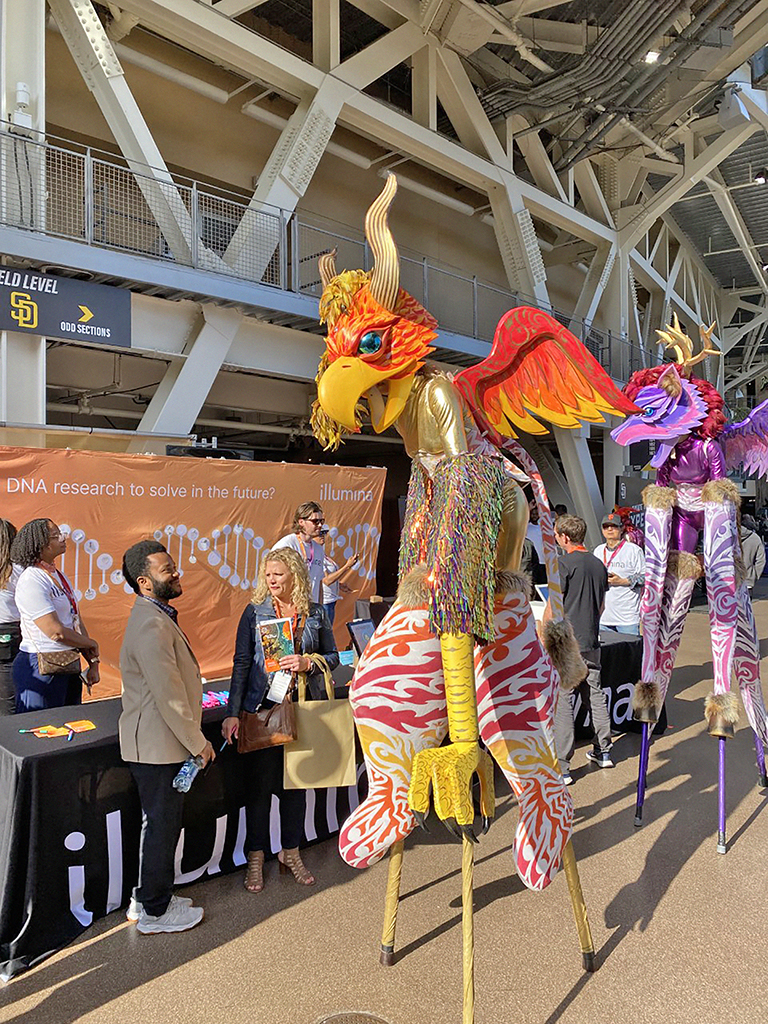 Stilt walkers perform in front of the Illumina booth at Five.Ten.Thirty. Photo by Jeff Clemetson