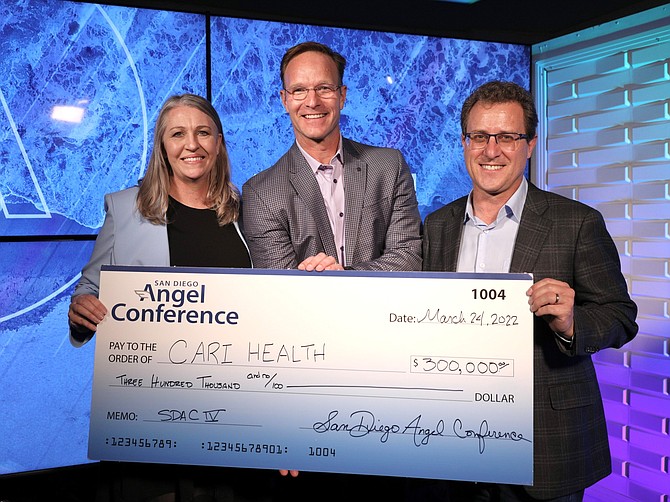 The top prize at this year’s San Diego Angel Conference (SDAC) goes to the home team.

“We’re honored to be among the other SDAC IV companies presenting today. This funding will enable us to advance our mission to make an impact on the opioid crisis,” said winning company CARI Health Founder Patrik Schmidle. “It has been a journey that has included invaluable lessons on effectively communicating with angel investors, completing the due diligence process, and building a valuable network of mentors, investors, and peers.”

CARI was the only San Diego company remaining in the conference’s final round, which included $100,000 runner up awardees ReJoule, Inc., a company addressing need for testing of effective second-life batteries; and HeraBiotech, a company developing a non-surgical test for endometriosis. 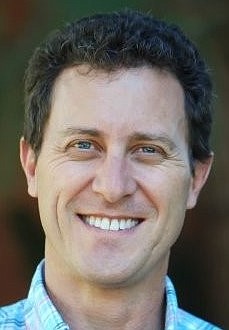 “We applaud the winner and runners up. Each SDAC cycle we strive to find trailblazing early-stage companies seeking funding, and we activate new angel investors – creating invaluable connections that fuel the startup ecosystem. This year we were blown away by the talent of the entrepreneurs who applied,” said SDAC IV Fund Manager Brian Engleman. “We can’t wait to see what solutions are presented in the next SDAC, which starts in September 2022 with our e-track.”

SDAC IV received 90 applications from early-stage companies nationwide for the 2021/2022 season. About 75 individual angel investors, with each contributing anywhere from $6,000 to $100,000, formed a collective fund and evaluated the 90 startups over three months to determine those most likely to succeed and make it to the final pitch for funding.

In an interview prior to the March 23 final SDAC IV event, Schmidle told the San Diego Business Journal that winning the conference could be a “tipping point” for his start up company.

“Once we go through this process and show some success, it will be easier for other angel groups to invest,” he said.

Solving for Addiction
Schmidle founded CARI in 2015, initially under the moniker CARI Therapeutics, with a goal of using healthtech to solve for the country’s growing opioid epidemic – an issue he was familiar with after witnessing a close family member struggle with addiction.

“That inspired me to start this business and try and make a difference,” Schmidle said.

Initially, the company’s vision was to develop an implantable alcohol and opioid sensor “that would help people stay connected to treatment and if there was a relapse there would be a way to help them get back to normalcy,” he said.

Schmidle wrote a series of grants to NIS and NIH for the implantable sensor idea but found that implantable “had a lot of headwinds,” especially with customer adoption.

Last year, Schmidle made the decision to pivot to a wearable and rebranded the company as CARI Health. He also changed the focus from measuring substances like alcohol and opioids to measuring levels of addiction medications like Suboxone for the purposes of dosing and addiction medication adherence. The tech can also be adapted to monitoring medications outside the addiction space. “And since we’ve made that shift, it’s really made a huge difference in terms of the response we’re getting from potential prospects and customers in our potential markets, investors and just people talking to people on the side of a soccer field,” he said.

“Patrik, as with all of our finalist founders, has done a great job sharing with our investors his idea for meeting an important need, along with a path to commercialization,” Engelmen said. “Raising funds is a time-consuming challenge, and we’ve got a great group of investors at SDAC that want to help promising start-ups change the world.”

CARI Health aims to change the world for those suffering from addiction.

“What we are trying to tackle is a trillion-dollar problem,” Schmidle said, citing a Forbes article that estimates the cost of the opioid epidemic in the U.S. at $1.3 trillion. “If we can only move the dial by 5%, we will save this country billions, not to mention the lives that are saved. That’s what motivates me to make a difference.”

CARI Health’s wearable device measures addiction drug levels and can communicate results to clinicians when a patient stops adhering to treatment so someone can help them “get back on board” before the consequences are significant, Schmidle said.

There is currently “a functioning R&D prototype” with needles, an assay and a communications model that can detect and measure substances and show it on a digital display. The next step is to test it on the bench and in humans, Schmidle said.

Notable: CARI Health’s device can measure levels of medications like Suboxone, used in the treatment of opioid addiction.