Callaway Golf Company (NYSE:ELY) announced on March 15 that it appointed Varsha Rao to its board of directors. 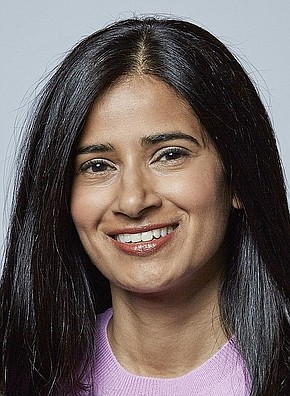 At the same time, Callaway increased the size of its board from 13 to 14 members.
Rao, 52, is already a director at another publicly traded company in Carlsbad, Viasat. She has served on Viasat’s board since 2017.

Rao is the Head of Nurx, a direct-to-consumer telehealth platform based in San Francisco, since April 2019, and was appointed the head of Nurx following the closing of its merger with Thirty Madison this month.

California law requires that public companies with six or more directors must have a minimum of three female directors. Rao joins Laura J. Flanagan, Bavan M. Holloway and Linda B. Segre on the board.

“We are pleased to have Varsha join our board,” said John F. Lundgren, chairman of the board at Callaway. “We are very impressed with her knowledge and depth of experience, having served as CEO of a tech company and as a board member at another global public company. We are confident that her background and leadership, especially in technology and global operations, will be a great asset for Callaway’s growing business.”

“I look forward to welcoming Varsha to the Callaway team,” said Chip Brewer, the company’s president and CEO. “Varsha is a highly experienced consumer internet executive and former founder. As the company advances more into the tech space with the acquisition of Topgolf, Varsha’s experiences and expertise will provide further valuable insight and help enhance the company's already impressive board.”

Rao’s term begins immediately. She will stand for election for a full one-year term at the company's 2022 annual meeting of shareholders.

Rao served as COO of Clover Health, a healthcare technology company, from September 2017 to December 2018. From November 2013 to December 2016, she served as the head of global operations at Airbnb, Inc., a global travel marketplace.