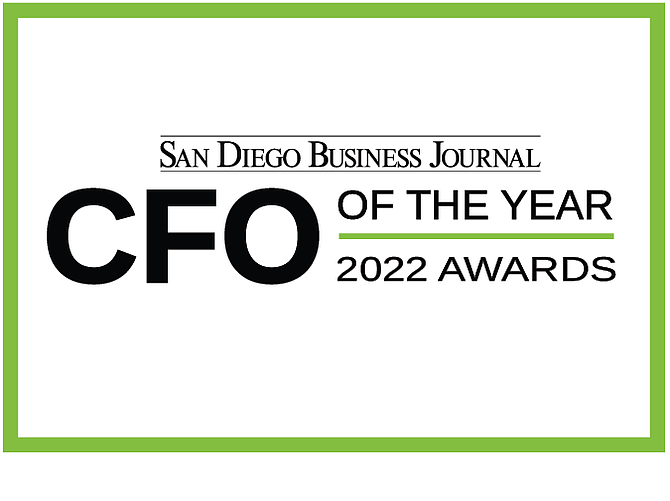 One of the premier business networking events of the season — the CFO of the Year Awards — is this week. Tickets are still available for purchase.

Now in its 17th year, this springtime tradition will honor the often unsung achievements of the region’s chief financial officers, including their contributions to company growth, leadership and community involvement. A panel of independent judges, drawn from the region’s top financial leaders, selects candidates.

MarshMcLennan Agency is the presenting sponsor for the event. Platinum sponsors are Deloitte, PNC Bank and Union Bank. They are joined by FEI, Financial Executives International San Diego Chapter, which is the gold sponsor.