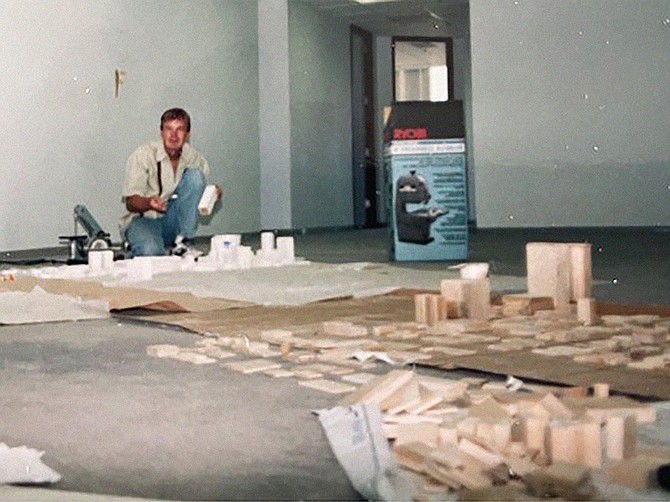 Joe Maak and his 1997 prototype of downtown San Diego, a model used by Center City Development Corporation to show how a coming ballpark (the precursor to Petco Park) would look. Maak was attending the New School of Architecture when he interned at Di Donato Associates, which was commissioned to build the model. Photo courtesy Joachim Maak 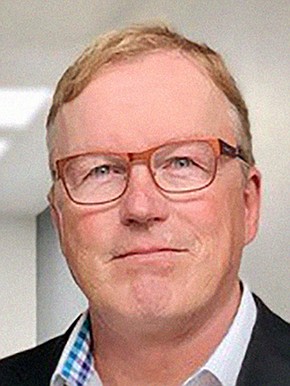 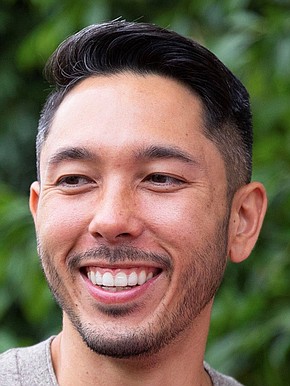