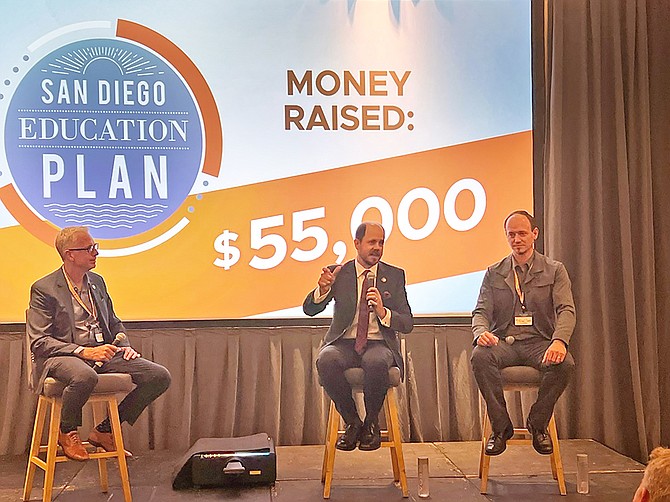 Moderator Kent Gregoire (left) leads a discussion of “Beyond Zero” with writer/director Nathan Havey and Interface Director of Technical Sustainability Mikhail Davis. The premiere raised $55,000 so the film could be shown at colleges at no cost. Photo by Jeff Clemetson