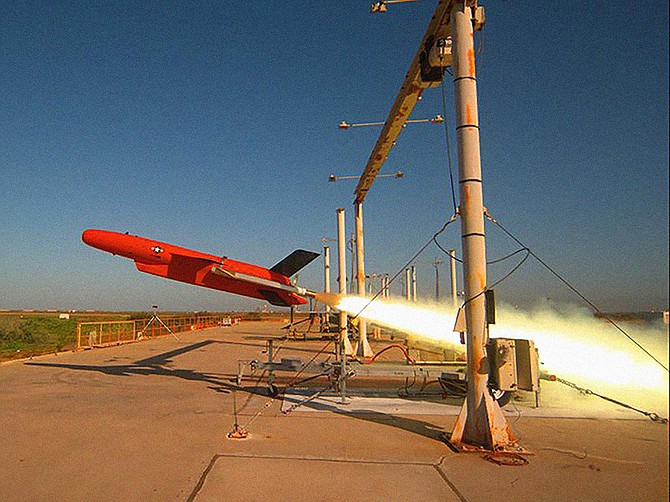 Photo courtesy of U.S. Navy A BQM-177A target launches from a Navy facility at Point Mugu in 2017. San Diego-based Kratos Defense will supply 65 such targets to the Navy as well as the governments of Japan and Saudi Arabia under a $50.9 million deal announced on Dec. 23.