Facing what its CEO called “a perfect storm” of circumstances, medical device maker ResMed Inc. (NYSE:RMD) concluded its second quarter with net income of $201.8 million, or $1.37 per share, on revenue of $894.9 million. The company’s second quarter ended Dec. 31. 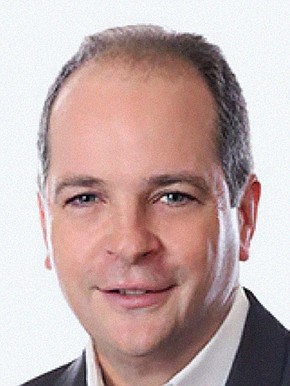 In the second quarter of the previous fiscal year, ResMed reported net income of $179.5 million, or $1.23 per share, on revenue of $800 million.
The business produces ventilators as well as machines to treat sleep apnea.

“We grew at 12% across the business, 16% in the [medical] devices, but it would have been significantly above that if we didn’t have supply chain constraints,” CEO Mick Farrell said in an interview.

Farrell said he sees improvement ahead with respect to the supply chain: the company’s sources will be able to offer more components during the March quarter, and supplies will be freed up even more in the June quarter.

ResMed is also redesigning its devices to accommodate available components, the CEO said.

The business receives semiconductor chips and microcontrollers from suppliers outside of the United States. As an aside, Farrell said he has been following Intel’s announcement that it plans bring semiconductor manufacturing back to the United States. That, however, is nothing that could help the current situation. The U.S.-based factory is planned for a few years in the future.

At the moment, ResMed’s competitor is sidelined and the company feels a responsibility to supply all the people who need its medical devices, Farrell said. “As we free up the supply chain we’re going to get a lot of growth,” he said.

He said he was empathetic toward patients who have to wait a month or two months for their devices. “I feel that pain.”

“… I think our investors understand why we’re growing at 12% and not 20% right now …,” he also said. “But we will increase our growth through the year because the demand is almost infinite for us in 2022.”

Excluding one-time items such as amortization, ResMed reported earnings of $1.47 per share. The figure that came in below analyst expectations. Analysts surveyed by Yahoo Finance collectively expected the Kearny Mesa company to report net income of $1.52 per share.

ResMed reported that margin slipped 1.4%, mainly due to higher manufacturing costs and higher freight costs. Selling, general and administrative expenses increased by 10%, mainly due to increases in employee related expenses.

In August, the company announced the U.S. launch of a new product called the AirSense 11. ResMed describes it as a next-generation PAP (positive airway pressure) device designed to help people start and stay on therapy to treat and manage obstructive sleep apnea.

Separately, ResMed announced on Feb. 1 that it appointed Urvashi Tyagi as its new chief technology officer. The appointment means that Bobby Ghoshal will leave the CTO’s job and will focus full time on his role as president of ResMed’s software as a service (SaaS) business.

Tyagi has more than 25 years’ experience in IT and mechanical engineering, user experience, finance, business development and executive leadership. She was previously CTO and senior vice president for ADP. Her background also includes work for American Express, Amazon’s Audible business, Microsoft and IBM.

In November, ResMed announced that it has elected Desney Tan and John Hernandez to its board of directors. ResMed described both as leaders with digital health experience at world-leading technology companies.