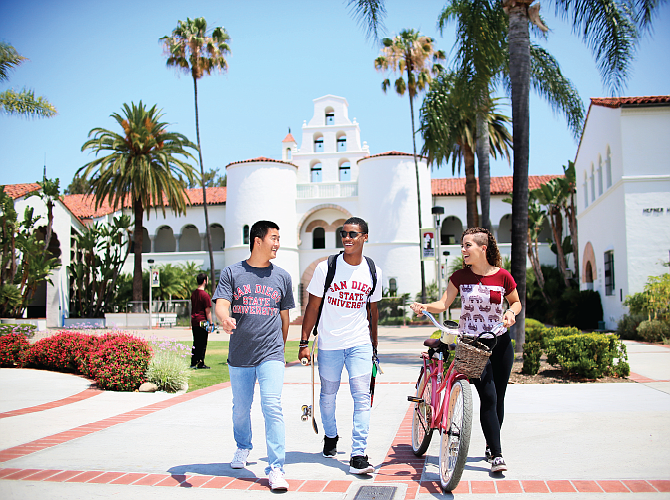 When classes began in 1898, one year after the San Diego Normal School’s founding, its seven faculty members and fewer than 100 enrolled students may have contributed little in the way of regional economic impact. The sale of patent medicines and sundries in the corner drug store just below the school’s temporary quarters downtown would have represented a greater business value at the time.

Some 125 year after that founding, however, San Diego State University tells a far more impressive story.

Spending that supports more than 42,000 jobs, research addressing some of the most critical issues of our time, a construction boom underway in Mission Valley, expanded academic offerings at SDSU Imperial Valley and philanthropic giving for students and programs that benefit students all are part of a thriving university that has become critical to San Diego’s regional economy.

If you’re not an SDSU alumnus — and Go Aztecs! if you are — chances are that someone who works with you, a neighbor, a teacher near your home or a nurse in your doctor’s office is — they are all part of the region’s economic energy.

As the university celebrates its “quasquicentennial”, here’s a look at the SDSU of today and its evolution from a school for elementary teachers to a binational university with a global impact.

SDSU’s most recent economic impact report identified more than $5.6 billion in annual economic activity, supporting 42,000 jobs in San Diego and Imperial counties and just over $2 billion in labor income. The report, conducted by the consulting firm ICF, found for every dollar California invests in SDSU, the university returns more than $35 to the economy in the form of direct spending, the economic activity of its now nearly 35,000 students, and the impacts of its alumni’s higher lifetime earning power.

These figures have nowhere to go but up with the development of SDSU Mission Valley. 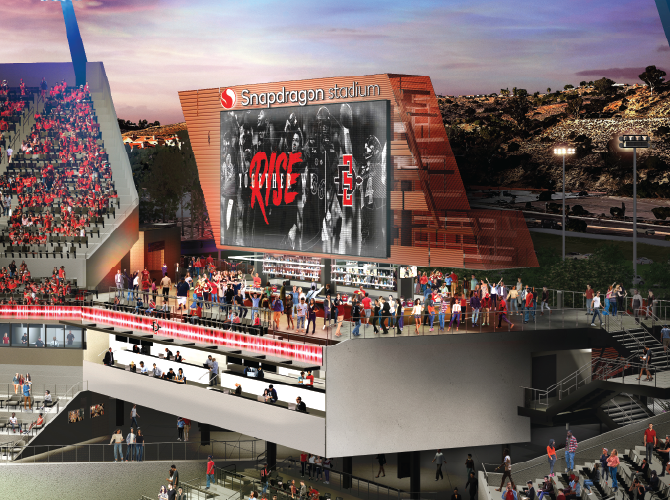 Snapdragon Stadium will return college football to an SDSU owned-and-operated facility for the first time since 1967, and for the first time in San Diego since December 2019. With the name tied to a processor designed by naming-rights partner Qualcomm, Inc., the stadium is scheduled to host its first game on Sept. 3. It will also host collegiate soccer, the San Diego Wave Fútbol Club, the San Diego Legion, concerts and corporate and university events.

Led by Clark Construction, the Snapdragon Stadium project is just one feature of the 166-acre SDSU Mission Valley site, which will occupy the former footprint of SDCCU Stadium and its parking lot that had previously been dormant most of the year.

The vibrant, mixed-use and transit-oriented development was approved by San Diego voters in November 2018 and the California State University Board of Trustees in January 2020.

SDSU Mission Valley will ultimately house a 1.6 million square-foot Innovation District of public and private partnerships, 4,600 multifamily housing units (10 percent reserved as affordable housing), 95,000 square feet of restaurants, a grocery store and other retail, a hotel, and a 34-acre River Park within more than 80 acres of hiking and bike trails, parks and other open space for use by the entire community — all accessible by trolley.

An analysis prepared in 2019 by Ernst & Young projected more than 28,700 jobs during the construction period now underway. Ongoing economic impacts upon full development are projected at $3.1 billion or more annually, including 17,241 jobs throughout San Diego County and nearly $22 million in tax dollars for the City of San Diego. 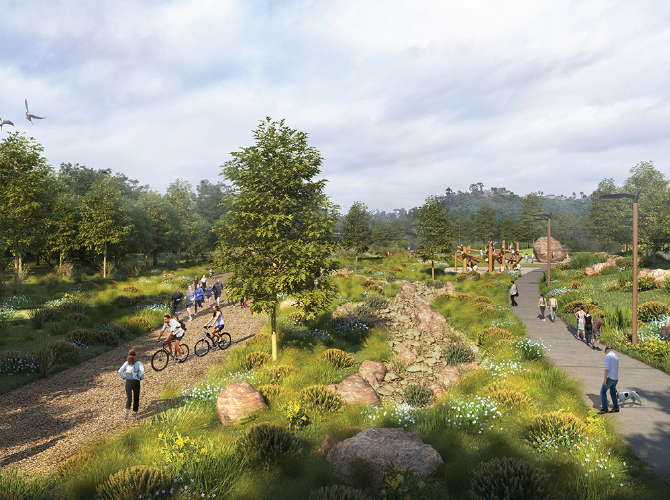 The River Park will buffer the San Diego River. With a design led by San Diego landscape architect Schmidt Design Group in collaboration with the community, construction begins this year and is expected to be complete in 2023, before any brick-and-mortar are occupied.

Previously known for its seasonal flooding, the area will be transformed with green sports fields, children’s play areas, environmental education and a “ribbon of shade” (courtesy of the elevated trolley tracks).

The park also provides SDSU a chance to build on a powerful record of philanthropy. Gift commitments to the university in 2020-21 totaled more than $133 million, a third consecutive annual record. Several major gifts to the river park already are in hand, with additional opportunities for support available for the planned outdoor educational classroom, the hike and bike loop and the trolley plaza, a new gathering hub at the location’s trolley station.

Then it’s on to the Innovation District, with its potential for expanding on the high-powered and cross-border research that the university holds dear, an exciting venue comparable to the tech centers at Arizona State University and Georgia Tech. 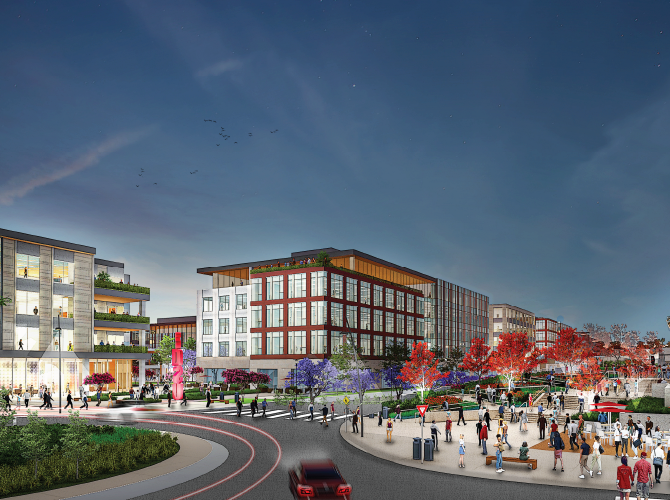 Fifteen buildings of three to six stories will house both partnerships with public and private industry. They will explore multiple disciplines expected to include climate resilience and sustainability, cybersecurity and digital technology, media and entertainment, social justice, and health and education, and will reflect the university’s premier values of student-centered work, community engagement and diversity, equity and inclusion.

SDSU for decades has intertwined its robust research enterprise with its original teaching mission, long understanding that active involvement in research allows faculty to stay on the cutting edge of their fields, enriches the education of our students and helps society thrive.

In 2020-21, researchers drew more than $140 million in grant funding from sources that included the U.S. Department of Defense, the National Institutes of Health and the National Science Foundation. Their work tackles such issues as access to COVID-19 vaccines, Tijuana River water quality, better batteries for electric cars, drones that harness artificial intelligence, new methods to discover signs of life in extraterrestrial rocks; and improvements to the technology behind solar lighting.