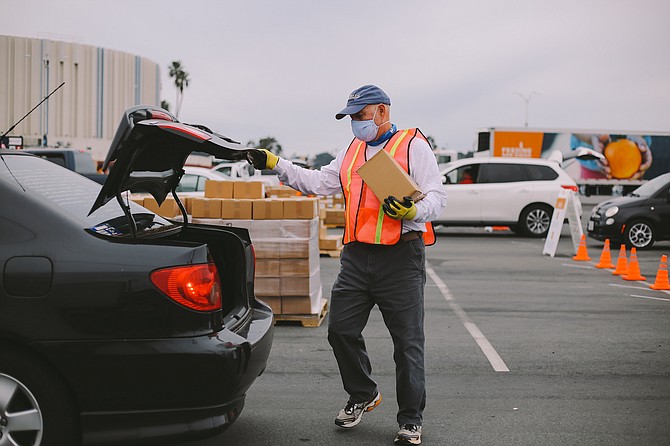 Feeding San Diego has announced the launch of Cross Out Hunger, a campaign that calls attention to the issue of hunger in San Diego County during Hunger Action Month, which is September.

Information on the campaign is available at feedingsandiego.org

The local charity will join Feeding America to inspire the public to take action and raise awareness of people facing what the charity calls “the impossible choice of hunger.”
“The people we serve are not choosing between what they want to eat, but rather they are choosing if they can eat,” said Dan Shea, CEO of Feeding San Diego, in a statement. “Those who face hunger often have to make tough choices between food and other necessities like housing, transportation and healthcare. It’s an impossible decision. We are here to alleviate that burden, and we hope others will join us in helping our neighbors in need achieve long-term food security so they don’t have to make these choices.”

After one of the busiest years on record for the organization — in response to the economic crisis caused by the pandemic — Feeding San Diego continues to respond to the needs of those disproportionally affected who are struggling to recover.

Funds raised from the Cross Out Hunger campaign will help Feeding San Diego continue to provide food assistance to hundreds of thousands of people throughout San Diego County through its various initiatives that serve children, families, seniors, college students, military families and veterans. According to data from the San Diego Hunger Coalition released in November 2020, more than 1 million people in San Diego County face hunger, including over 284,000 children.

The following are ways for the community to get involved:

Donate $50 and receive a Cross Out Hunger T-shirt.

Participate in the HundredX benefit campaign. Supporters can give to Feeding San Diego without spending a single cent by taking 60-second surveys, providing feedback on top businesses and brands. Text “FEED” to 90412 or visit https://bit.ly/HXCFeedingSanDiego to get started.

Become a volunteer. Help glean, sort, and pack produce and dry goods at our distribution center, or support an upcoming distribution.

Additional information is available at feedingsandiego.org