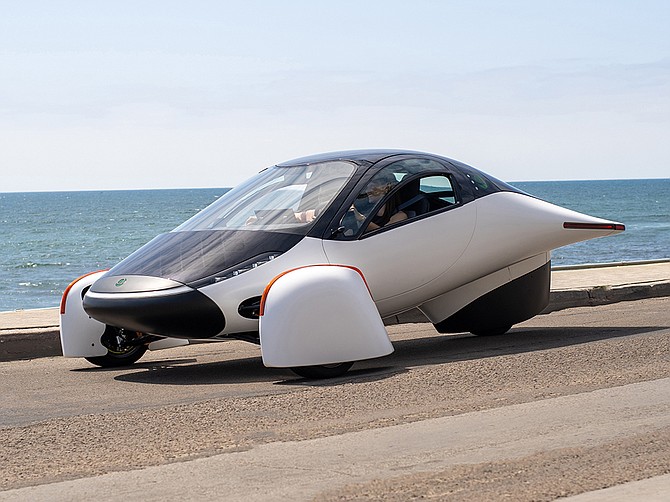 Aptera Motors’ three-wheeled EV could theoretically run entirely off the energy produced by its solar panels. The business is exploring opening a factory. Photo courtesy of Aptera Motors Corp. 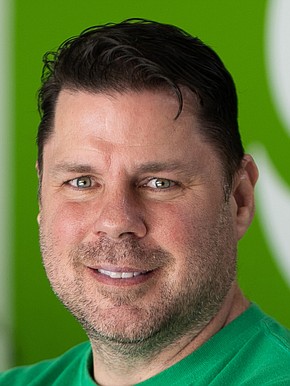 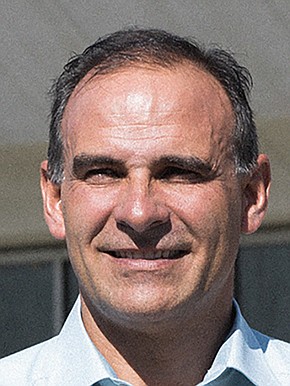 At one point Ucar held an executive role at EV maker Faraday Future. In his new role, he will decide how to best produce Aptera’s unique vehicle in volume.

Chris Anthony, co-CEO of the company, said in a recent interview that Aptera is on the hunt for 80,000 to 120,000 square feet of industrial space that it can turn into a factory. At the moment, demand is high for industrial real estate in San Diego.

The executives face a variety of challenges, including the state of global supply chains, which are still recovering from the effects of COVID-19.

Not the Typical Factory

Anthony and Ucar said that, when setting up their manufacturing facility, Aptera could depart from the standard automaker’s playbook. One reason is that there are few heavy parts that have to be lifted. Ucar estimated that Aptera would need up to 16 final assembly stations and 20 subassembly stations.

One key question, Ucar said, is what parts of the vehicle can be built in-house, and what can be assembled at remote locations and shipped to the factory for final assembly.

Working on one shift per day, the factory will be able to produce 10,000 vehicles a year, Anthony said.

Aptera’s aerodynamic vehicle appeared many times in the San Diego Business Journal between 2006 and 2011. Anthony was part of that group, serving as a co-founder and chief operating officer. During that time, a Carlsbad company tried to get manufacturing started, but it ultimately closed its doors. The economic slump hit other EV makers. “Tesla made it through by the skin of its teeth,” Anthony said.

The project was dormant for several years. Anthony said he was among a group able to purchase the relevant intellectual property and get the business running again.

One of Aptera’s claims to fame is that it is powered by the sun. The vehicle design incorporates solar panels. A day’s exposure to sunlight can generate enough battery life to power the vehicle up to 40 miles. In some cases, Aptera said, the vehicle will not need charging — though charging will give it greater range. The company envisions one version of its vehicle with a 250-mile range, and another with a 1,000-mile range.

Lightweight composite materials and an aerodynamic design increase the three-wheeler’s efficiency and range. The business has filed for two design patents and three utility patents, according to a filing with the Securities and Exchange Commission.

A crowdfunding campaign has raised millions of dollars for Aptera, Anthony said. The public can invest in the company for as little as $1,000.