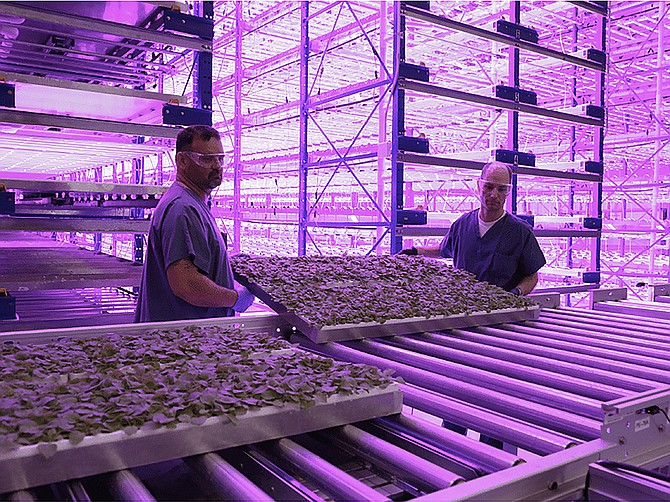 Photo Courtesy of iBio Plants are being transferred from the fully automated vertical farming system to be processed for therapeutic protein extraction. 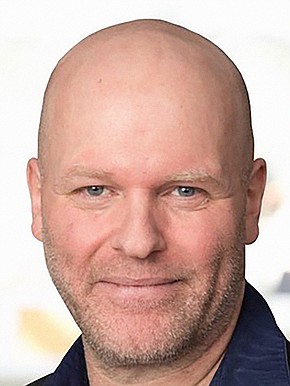 The company is headquartered in Bryan, Texas and its pipeline includes therapies for fibrosis, oncology, acute respiratory distress syndrome (ARDS) and vaccines for COVID-19 and Classical Swine Fever.

Currently, iBio has a 130,000 square foot manufacturing facility in Texas where it can grow almost half a million plants. These plants are grown hydroponically and 100 percent of the company’s manufacturing is within the United States.

In San Diego, the company is operating out of leased lab space at BioLabs and plans on moving into its own 12,000 square foot lab facility in Sorrento Valley.

iBio chose San Diego for a variety of reasons, but at the top of that list is access to the region’s talent, said the company’s Chief Scientific Officer, Martin Brenner, DVM, Ph.D.

Brenner described the growth of the company similar to the innovative nature of tech start-ups — fail fast, fail early. Founded in 2008, iBio started as a contract development and manufacturing organization (CDMO). The public company still has a subsidiary CDMO, iBio CMO LLC, and its manufacturing alongside R&D operations are the key to its rapid innovation strategy.

The company’s FastPharming manufacturing system enables plant-based recombinant protein production for the development of iBio’s immunotherapies and vaccines. Brenner explained that “each plant is its own bioreactor,” as the plant cells are instructed to produce the desired protein and the biologic is harvested from the leaves.
The main difference between this plant-based approach versus the mammalian vectors for manufacturing is that it's faster, more scalable and a fully automated process, Brenner said.

Not only is iBio growing proteins — the company is also growing its team. The new San Diego site will be focused on oncology and overseen by Brenner who said they hope to move in during the first quarter of next year.

When the company was looking for lab space, they considered the top three biotech hubs in the country: Boston, San Francisco and San Diego. The choice to move into America’s Finest City also reflected iBio’s vision of San Diego being a place where their employees can enjoy a work-life balance and even raise their family.

Brenner said that the company plans to add about 20 people to its San Diego team over the next year. A big part of growing the iBio team is building a mentoring relationship with young scientists and logistically, the move to San Diego also made sense given the region’s proximity to top research institutions and the synergy of innovation.

“We’re really looking for scientist entrepreneurs,” Brenner said. “We’re not looking for your garden variety academic scientist, that is, you know, brilliant scientist, but not very driven towards the product. We’re looking at this intersection of people that you know might want to become at one point a biotech CEO in the future — we’re looking at scientists that have this entrepreneurial thinking and so the reason why we chose San Diego is we wanted to have access to that talent.”

He added that another unique aspect of the region’s biotech sector is that if you are successful here and you sell a company, you don’t move away. People build on the tightknit relationships, help one another and stick around to start their next company.