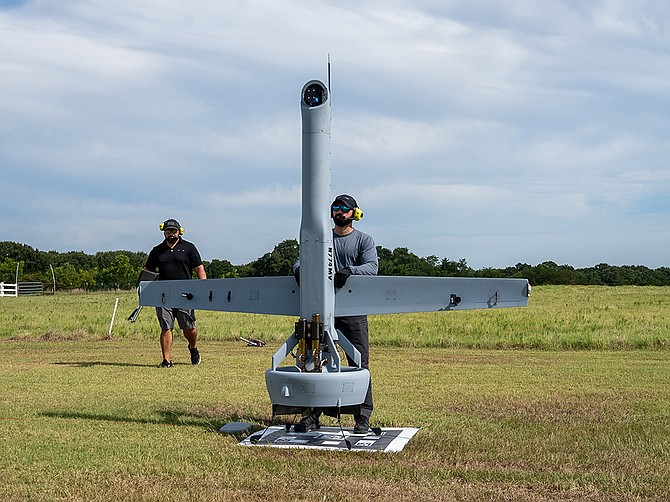 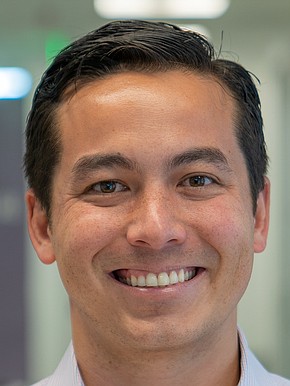 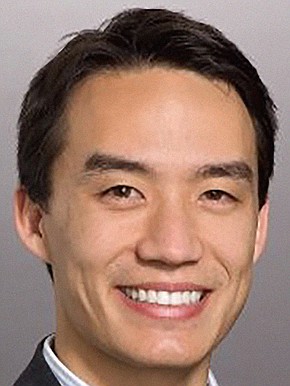 The news followed on the heels of two acquisitions in July: Heron Systems and Martin UAV. Shield AI said it plans to use its new capital to grow the combined company in the defense and commercial markets.

Separately, Northrop Grumman Corp. (NYSE: NOC) announced on Sept. 1 that it is in a partnership with Shield AI to test Martin UAV’s marquee product, the V-BAT unmanned aircraft.

Shield AI, based in downtown San Diego, says it takes a software-first approach to serving the defense market. In short, it applies self-driving car technologies to military aircraft. Autonomy is an important consideration when the military thinks about next generation air dominance, said Brandon Tseng, chief operating officer of Shield AI.
Tseng, a former U.S. Navy SEAL and a Naval Academy graduate, co-founded the business with brother Ryan Tseng, the company’s CEO.

Disruptive led the Series D round. Based in Austin, Texas, Disruptive is a late-stage technology investor headed by Alex Davis. Also participating in the round were Point72 Ventures, the company that led Shield AI’s Series C round.

As of Sept. 1, the company reached $225 million in equity, and was at work to finalize another $75 million in debt.

Shield AI’s CEO has high expectations for his company.

“The funding round enables Shield AI to move one step closer to its goal of becoming a 21st century defense prime through a software first approach, where products derive a strong competitive advantage from an autonomy and artificial intelligence backbone, similar to what you see across the consumer product market, where great hardware is differentiated through great software,” said Ryan Tseng, in a statement distributed on Aug. 24.

Brandon Tseng said the company plans to use its new funding to grow, and in particular, hire talented engineers — specialists in software, hardware and artificial intelligence. “San Diego has been a great place to attract talent,” he said.

“The competition for talent in engineering is extremely fierce,” said Brandon Tseng.
Tseng reiterated the importance of the software “backbone” to the company. Strong software offers capability to the military client. Increasingly, he said, senior military leaders as well as war fighters see the value attributed to software capabilities.

Shield AI did not disclose the terms of its two acquisitions in July.

Artificial intelligence software is at the heart of Heron Systems, based in Alexandria, Virginia. Its product recently had the distinction of defeating an experienced Air Force F-16 pilot, and five other AI-pilots, during the AlphaDogfight trials put on by DARPA, the Pentagon’s research and development arm. (The initials stand for Defense Advanced Research Projects Agency.)

“Truly special AI companies are incredibly rare assets in the defense market,” Ryan Tseng said. “Heron has developed the most advanced AI-pilot for fighter aircraft in the United States. With China already showing comparable results, operationalizing Heron’s work for programs such as Next Generation Air Dominance must be a national security priority.”

The other recent acquisition, Martin UAV, is based near Dallas in Plano, Texas. Its V-BAT unmanned aircraft sits on its tail when not in flight, and can take off and land vertically.