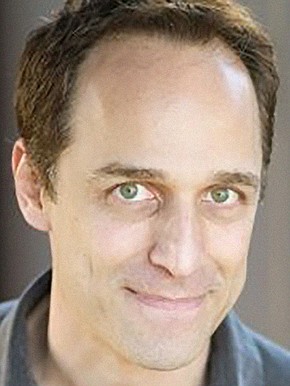 The National Comedy Theatre, founded in 1999, has hosted almost 6,000 performances to date, making it the longest running show in San Diego history, he said. It averages around 1,200 to 1,500 guests per month, he added.

Return to the Stage

“The cast has been anxiously awaiting news of our return to the stage for a year and a half,” said Kramer. “We finally all went back into rehearsal in early August and we cannot wait to present the show in front of a live audience again.”

The National Comedy Theatre has a cast of 25 on the Mainstage and 17 as part of the Sunday Company. Collectively, they perform 100 minutes of improvised sketches, storytelling, musicals and Shakespeare scenes.

The show will open with just the Mainstage cast the first two weeks and performances will be appropriate for all audiences, with the exception of the Friday, 9:45 p.m. slot, said Kramer. That segment is considered the “NCT UnRated” show and is designed for audiences 16 years of age and older, he said.

The Theatre is following all CDC recommended COVID-19 protocols, including requiring all performers and staff members to be vaccinated and mask and vaccine card requirements for all audience members.

“We know that it’s a bit uncomfortable to be in a mask, especially with requirements loosening this past sprint,” said Kramer. “However, with the current situation, we want to ensure that our guests, cast and crew remain safe so that we don’t have to lockdown for another 18 months. We appreciate the understanding and patience of our guests, and know that we are all in this together - which is very much the spirit of our show.”

During the coronavirus crisis, the National Comedy Theatre held virtual performances via Zoom. But, to Kramer’s point, its ethos is in collaborating with its live studio audience.

“We were able to run classes on Zoom and they were surprisingly well received, fun and constructive,” he said. “The show itself, however, absolutely relies on the interaction and relationship between the audience and performers and we felt that the quality of that in a virtual environment wasn’t what we desired in our show. As such, we are over the moon to be returning to in-person performances.”